By TheReporterr (self media writer) | 13 days ago

President William Ruto has pledged to advance Kenyas strategic partnership at both bilateral and multilateral levels. 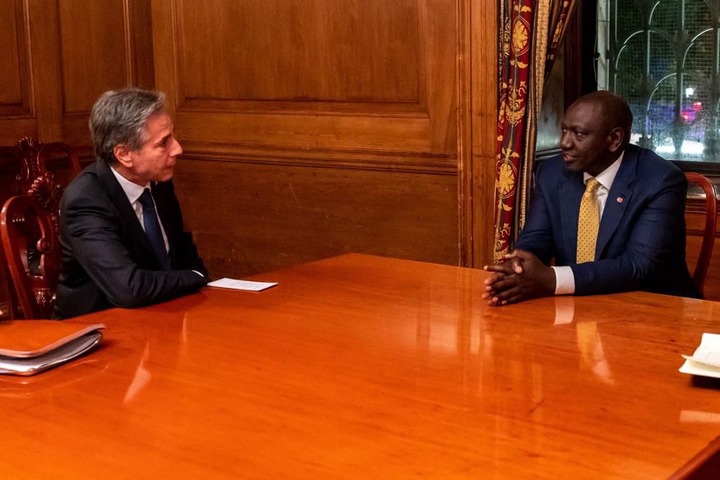 Taking to his different social media accounts to confirm his meeting with the United States of America secretary of States Hon. Blinken, President William Ruto has claimed that he is looking forward to working with other countries in order to solve the hunger problems being faced in the country.

According to the reports given by Ruto, he thanked the government of the United States of America for always supporting Kenya in terms of medicine and other services which he claimed have been helpful.

While reacting to this incident, kenyans who took to their different social media accounts to express their opinions on the matter have called upon President William Ruto to come back to the country due to the fact that the cost of living in the country is currently on the rise.

According to the reports given by most Kenyans, they claimed that it is so unfortunate that President William Ruto is currently moving from one country to another despite the fact that Alot of people are currently suffering back in Kenya due to the high cost of living in Kenya.

Additionally, it has been revealed that President William Ruto went to the United States of America where he held several high profile meetings. 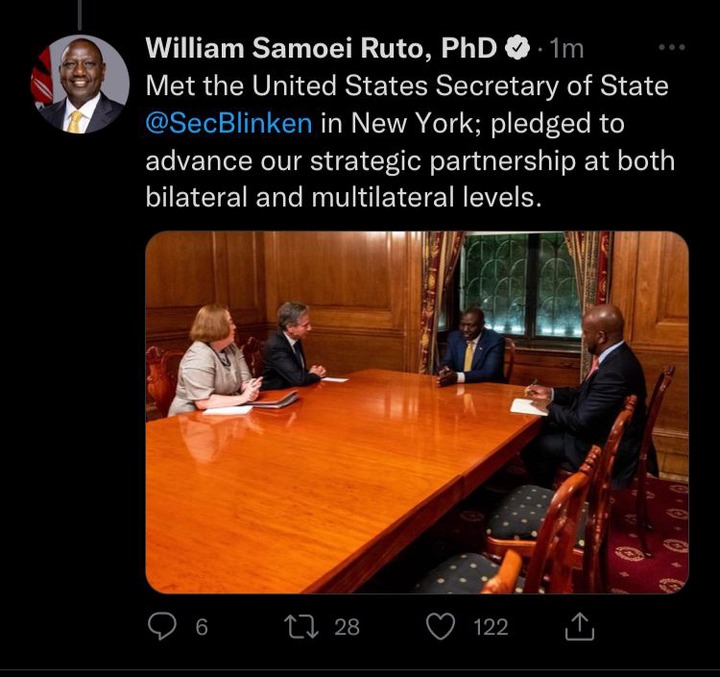