By Georgekabs (self media writer) | 1 month ago

Winnie Odinga (born on March 6, 1990) is the youngest daughter of ODM leader Raila Odinga and Mama Ida Odinga.The fiery and well articulated young lady was named after the late Winnie Mandela- a South African apartheid heroine and ex-wife of former South African President Nelson Mandela.She says at the age of 11 her mother gave her the autobiography of the woman she was named after. This gave her a lot of insights and along with other books shaped her perspective on life. 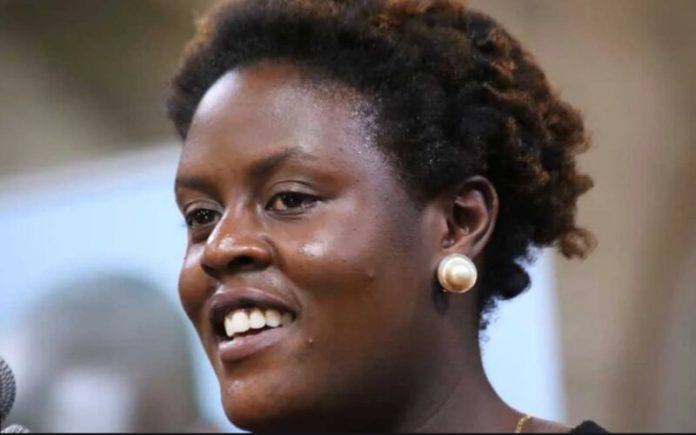 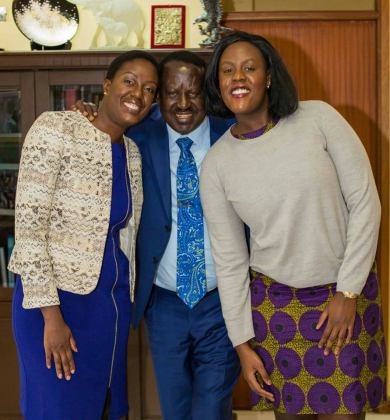 Winnie Odinga challenged femi one to a rap contest and confidently said she would 'beat the pants off' the rap queen Femi one.

She jokingly added that Bondo could produce the best male and female rappers and 'best president'.

She however mentioned Femi one as her favourite local rapper. 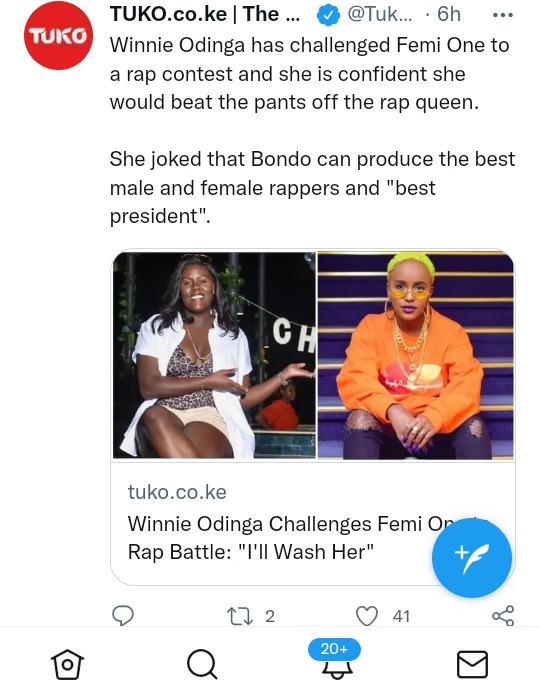 Femi one was introduced to the scene by King Kaka in his major hit ‘Ligi Soo’ the remix. For the longest time she referred to herself as Femi One Shiku. Femi one appeared on one half of the song with other female rappers and she really stood out for her flow and demeanor in the song. It was a major break for her career and Kaka took her under his management by signing her to Kaka Empire.

﻿She has since made a name for herself with her signature sheng rapped music and her much needed attitude to carry any hip-hop song. She has collaborated with many heavy-hitters in the industry such as Mejja, King Kaka and many more. Femi One Shiku has also morphed to Femi One and being the most consistent female rapper in Kenya.

Content created and supplied by: Georgekabs (via Opera News )