Jamilu Ssekyondwa Has Been Arrested For Saying President Museveni Is Dead

By Samtoywa (self meida writer) | 20 days 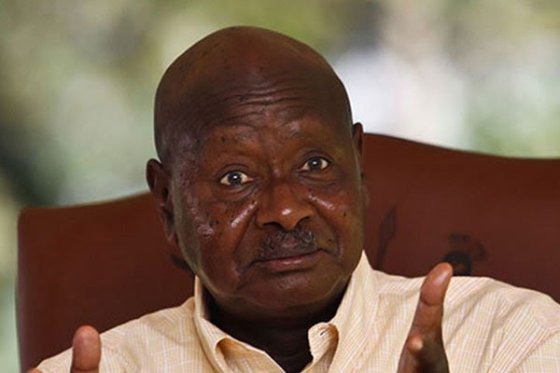 According to Nation Africa, a Ugandan man identified as Jamilu Ssekyondwa has been arrested for saying that President Yoweri Museveni is dead. This has been collaborated by CID spokesman Charles Twiine.

President Museveni had directed the security forces to quickly arrest all those who were spreading the fake news of his death. This was after the news of Museveni's death was highly circulated in social media. 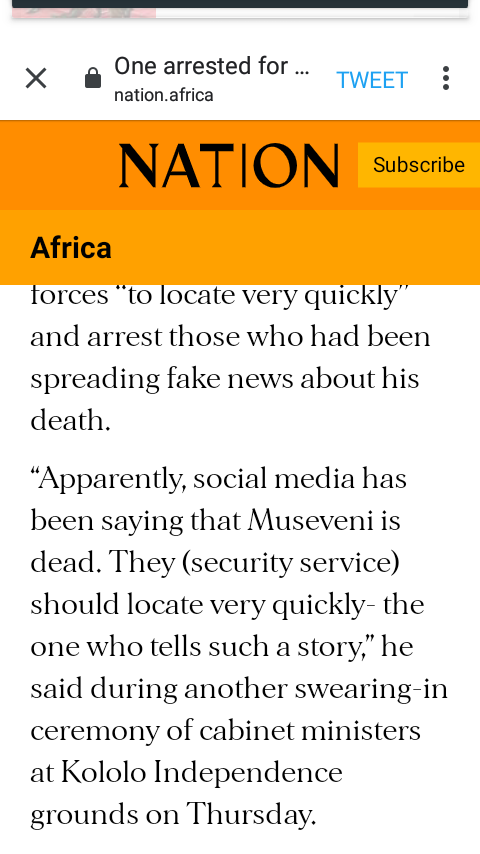 Netizens are reacting to Museveni's move to arrest all the people who are circulating the fake news of his death. Below are screenshots showing what they are saying about Jamilu Ssekyondwa's arrest.

@hnnry001 says if Museveni wants to arrest all those alleging he is dead, then he should come and arrest Kenyans. 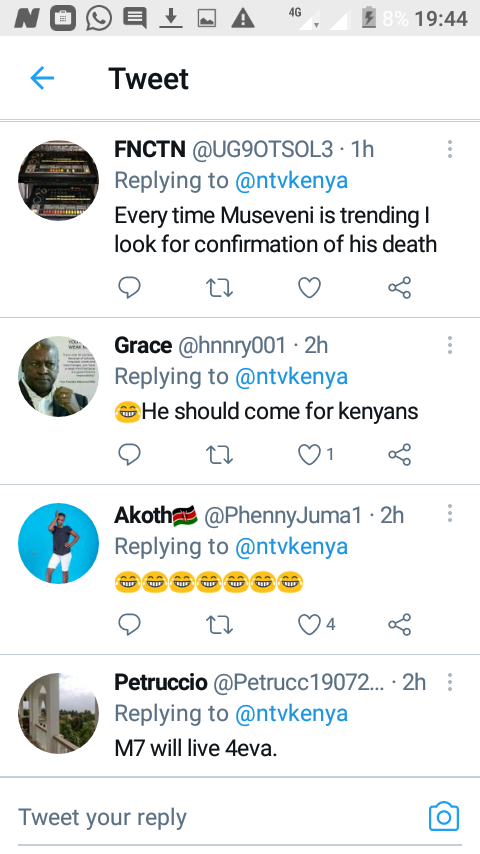 @MafieRichie believes that for Museveni to order such arrest, he fears death. 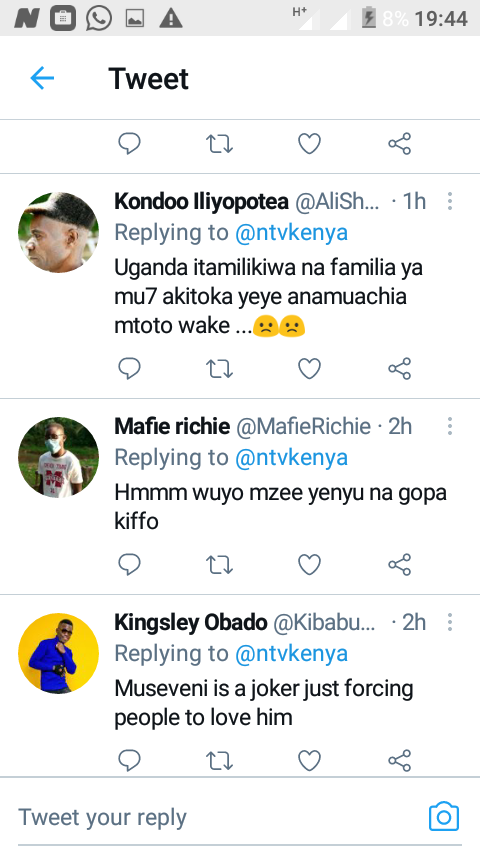 Cindy on the other hand said, "Uwazi Media should be arrested. They are the ones who broke the news in YouTube about Museveni's death." 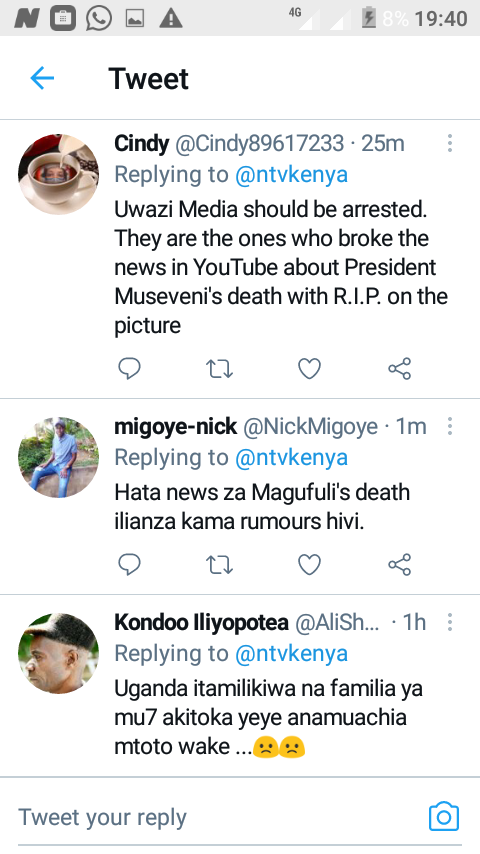 Do you think president Museveni was right when he ordered the security forces to make the arrests? Share your thoughts with us on the comments section.

Content created and supplied by: Samtoywa (via Opera News)