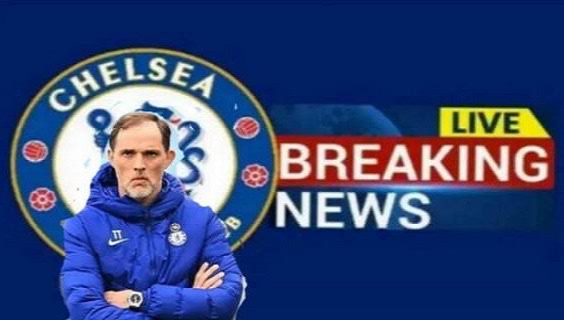 Chelsea football club can be lauded for their active transfers this summer transfer window as they have perfectly balanced their sells and purchases of new players.

Thomas Tuchel has a perfect squad, but he wants to reshuffle it a little bit and bring in more reinforcement after the brilliant signing of Romelu Lukaku.

Chelsea fans were worried that the club were involved in multiple player sells without making any new recruitment, but more players are set to leave the Stamford Bridge before new signings are made. 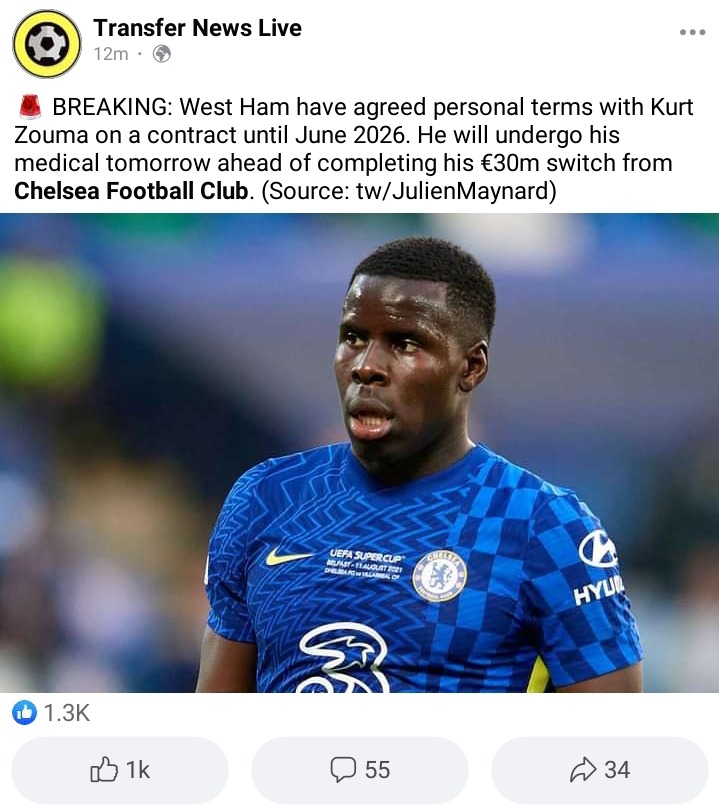 According to the Telegraph sports news reports, Chelsea are set to complete the sell of French defender Kurt Zouma to West Ham United for €30 million.

The reports claim that West Ham United have already for the medicals of Kurt Zouma who has agreed on personal terms to complete his switch this summer.

Kurt Zouma fell down the perking order at the Stamford Bridge as Thomas Tuchel prefers Christinsen more that the Frenchman which opted for him to seek for a way out of the club. 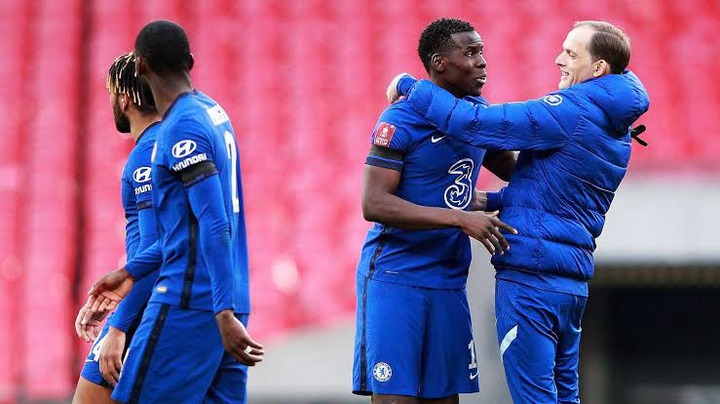 West Ham United and Kurt Zouma had some difficulties in agreeing on the personal terms, but the two parties involved found a solution that saw the deal agreed. 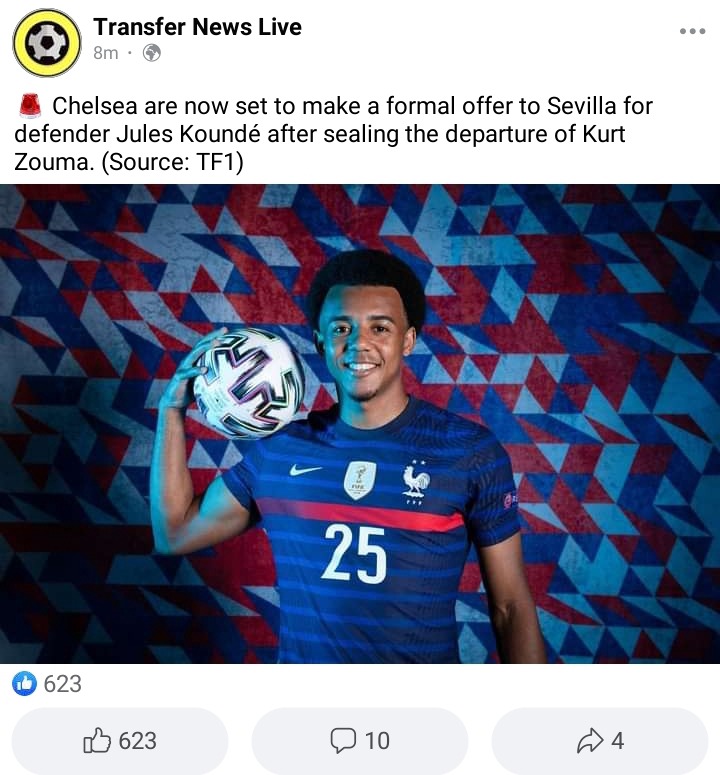 After the sale of Kurt Zouma to West Ham United, Chelsea are expected to make an official bid to Sevilla for their 21 years old defender Jules Kounde.

It is believed that their pursuit for Jules Kounde will be successful because the player wants to move to England and be part of Tuchel's winning team, but agreeing on a transfer fee will be a huge block.

Sevilla are expecting to get something closer to the €80 million release clause that Jules Kounde has to his current contract at the club.