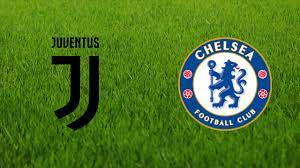 UEFA Champions League holders Chelsea will be expecting to bounce back tonight from last weekend's defeat at the hands of Manchester City when they travel to Italy to face the Old Lady in Turin.

The Italian giants, Juventus are looking to claim their fourth victory in five matches across all competitions as well as extend their unbeaten record against the blues to four games. Juventus have endured their worst start to a season under Massimiliano Allegri failing to win in their opening four Serie A Matches. This is one of the club's worst starts in 60 years, However, Juventus have since bounced back with successive 3-2 league victories over Spezia and Sampdoria.

In the midst of their disappointing domestic start, Juventus won their opening Champions League match in Group H earlier this month, securing a comfortable 3-0 victory away against Swedish side Malmo.

Their second game in the Champions' league to be played tonight couldn't be any tougher as they face Champions' League holders Chelsea who have lost only three of their last 32 Champions League group stage games.

Chelsea headed into Last Saturday's game against Manchester City hoping to make it 4 out 4 wins against Pep Guardiola since arriving in England. However, the Blues were brought back down to earth as Pep Guardiola's side produced an excellent performance at Stamford Bridge, coming away with a 1-0 victory.

The German head coach will need to go back to the drawing board as Saturday's defeat was a gentle reminder of the task his side face in not only retaining their European crown but also challenging for the Premier League title.

Chelsea began their defence of the Champions League with a slender 1-0 victory over Russia's Zenit St Petersburg earlier this month, Romelu Lukaku was the hero of the night heading in the only goal of the game and his fourth of the 2020-2021 season. 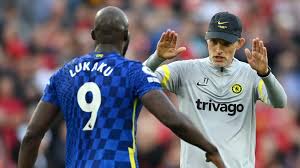 As previously mentioned, the Blues have an excellent record in the group stage and Tuchel also boasts an equally impressive win ratio of 68%, only two other managers who have taken charge of 20 group-stage champion league games or more better that ratio with Jupp Heynckes at 73% and Pep Guardiola at 71%.

Chelsea, however, travels to Turin on Wednesday after losing each of their last four Champions League away games against Italian opposition with losses against Inter Milan in 2009-2010 , against Napoli in 2011-2012, against Juve in 2012-2013, and against Roma in 2017-18.

Juventus suffered a major blow this weekend as strikers Alvaro Morata and Paolo Dybala limped off against Sampdoria with respective hamstring and thigh injuries.

Coach Allegri may attempt to switch it a bit from a 4-4-2 formation to a 4-3-3. He may include striker Moise Kean to supplement wingers Federico Chiesa and Dejan Kulusevski.

Former Gunners goalkeeper Wojciech Szczesny was dropped last weekend due to a string of poor performances at goal in recent weeks. Substitute goalkeeper Mattia Perin was handed a start at his expense and the Italian could keep his place in today's starting line-up.

Despite starting at the weekend, Matthijs de Ligt could find himself on the bench to be replaced in the first XI by 37-year-old Giorgio Chiellini who, after starting on the bench against Sampdoria, is expected to play alongside Leonardo Bonucci at the heart of defence.

As for Chelsea, French midfielder N'Golo Kante has been ruled out for testing positive for Covid. Kante will also miss Saturday's Premier League match against Southampton. 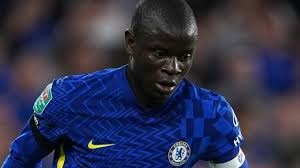 The Blues are also without right-wing-back Reece James who was forced off Sunday's game against Man City after twisting his ankle. Captain Cesar Azpilicueta is expected to replace him in right-wing-back. Thiago Silva will most likely join Andreas Christensen and Antonio Rudiger in a back three.

In addition, winger Christian Pulisic and midfielder Mason Mount, who both missed last weekend's game, will not feature today as they continue to recover from injuries.

Jorginho and Mateo Kovacic are expected to start in midfield even though Saul Niguez might offer competition as only two may start the match if Tuchel decides to play with three attacking players upfront.

German duo Timo Werner and Kai Havertz, who began on the bench against Zenit, could be handed starts alongside central striker Romelu Lukaku.

Content created and supplied by: AVICKO (via Opera News )