By InstantNews (self meida writer) | 7 days

It is just the beginning of the week and two Bodaboda guys were recorded by CCTV cameras engaging in a criminal act again. In a video going viral one, the two thieves stopped near a car just as a normal rider and a passenger.

After a few seconds, the "passenger" can be spotted alighting from the motorbike and going near the car while checking around if he was being seen. After confirming that he was safe, he moves towards the vehicle and plucks both side mirrors from the vehicle. The two thieves then continue with their motorbike journey. 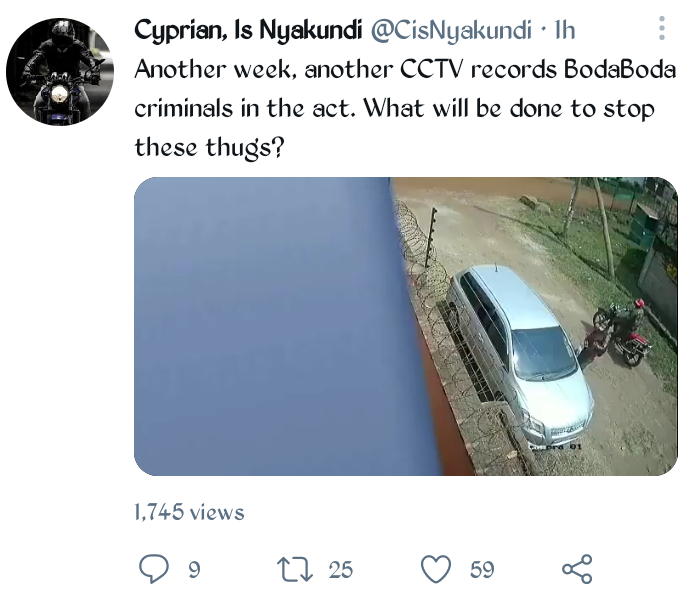 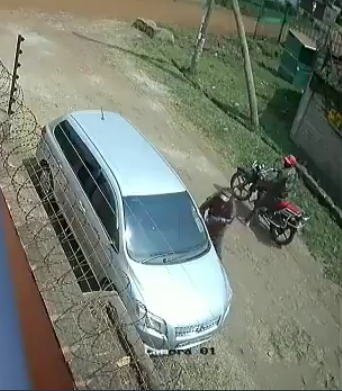 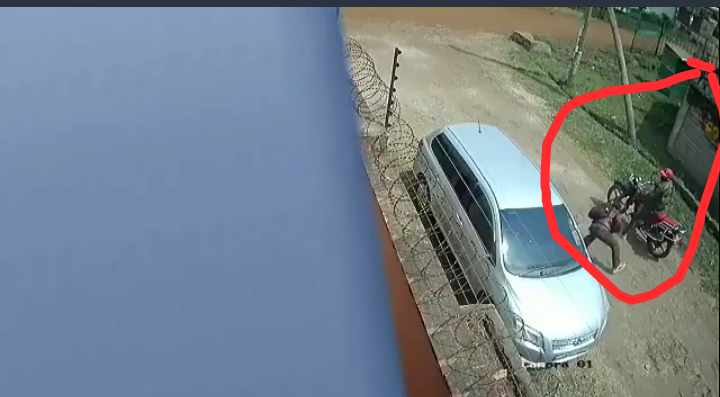 Cases of Boda Boda guys engaging in criminal acts have greatly increased in the country. The other day, police snatched his phone by the body of Boda guys while manning traffic. On that same day, another body body guy was lynched by an angry mob after snatching a phone from a woman at a mall in Eastleigh.

Kenyans should be very careful due to increased cases of such kinds of theft. They are also advised to report anyone they suspect.

Photos: Accident In Litein- Kericho Road As The Driver Reveals This