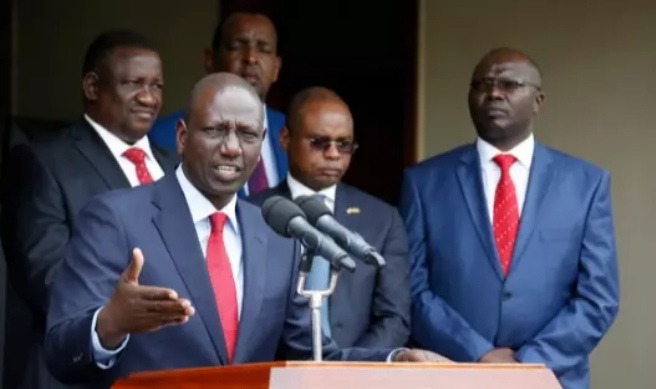 Sustained stories might be difficult to follow. When it comes to lies and propaganda, even those who tell them sometimes believe they are telling the truth. Ruto's stint as DP, according to some Kenyans, has been marred by blatant lies and misleading comments. 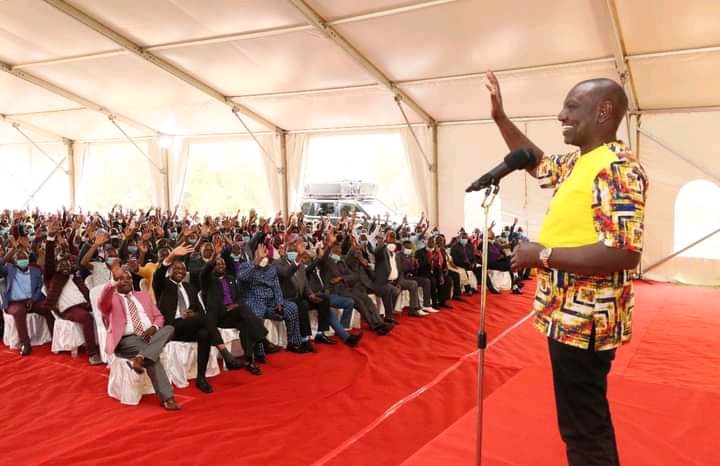 He appears to have had an unwritten code that sanctioned deception in certain circumstances, becoming synonymous with systemic delegitimization of public institutions, peddling propaganda and division, and attempting to score cheap political points by inciting Kenyans to oppose the Jubilee government's agenda. Willingness to go to any lengths to frustrate the government he is serving is disturbing enough. 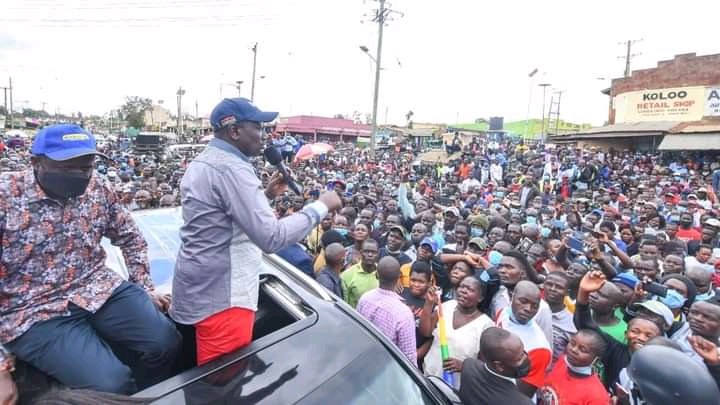 But it's the way Ruto has twisted the truth and weaponized misinformation to achieve his objectives that's fascinating. In a new policy, Deputy President William Ruto has stepped down attacks on President Uhuru Kenyatta. The DP has also shifted gears, emphasizing the bottom-up economic approach rather than the hustler vs. dynastic theme that dominated his previous campaigns. In order to build a national viewpoint ahead of the 2022 General Election, Ruto has expanded his think-tank to include more non-Kalenjin professionals.

All Kenyans, according to Ruto, must fully engage in the country's political decisions. Ordinary Kenyans, he claimed, had been pushed out of the country's political debate for too long, with concerns involving powerful and wealthy individuals taking center stage. Ordinary Kenyans will be given the utmost regard, he stated, through the groundbreaking Bottom-Up Economic Development Plan, which will change their fortunes. 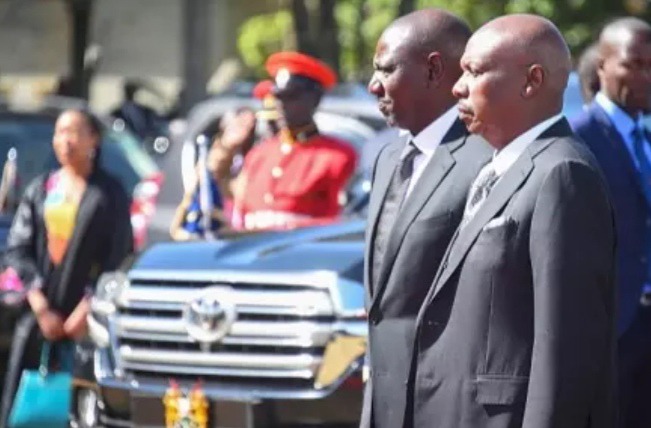 The new economic strategy, according to the Deputy President, is the only way to rein in Kenya's unsustainable indebtedness and increase tax revenue. When he visited grassroots and religious leaders from Machakos County, he was speaking at his Karen mansion in Nairobi County. 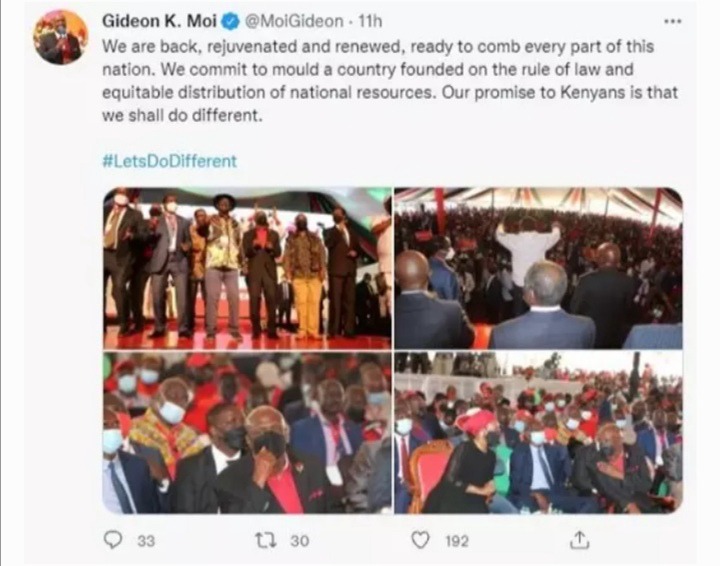 Gideon Moi has been nominated to run for President in 2022

Kanu delegates unanimously selected Gideon Moi, the party's chairman, as their presidential candidate in next year's election. The almost 3,000 delegates also gave Gideon permission to reach out to like-minded people in the run-up to 2022. Nick Salat, the party's secretary-general, proposed the motion, which was unanimously approved by the delegates. 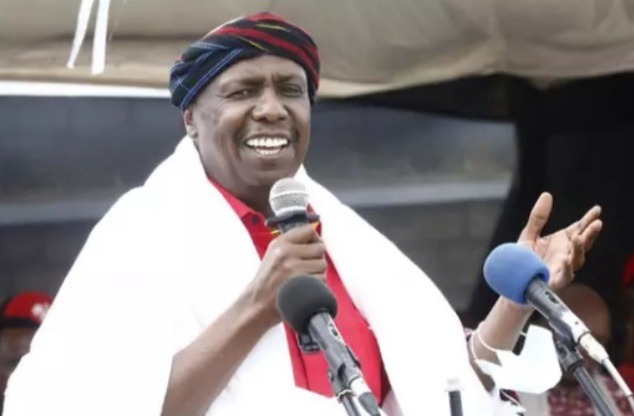 He addressed the nation during Kanu's National Delegates Conference, which was held in Kenya's ancient Bomas. Nancy Adera seconded the endorsement, putting Gideon up against other contenders in the campaign to succeed retiring President Uhuru Kenyatta, including Deputy President William Ruto. Salat also pushed attendees to promote the party, claiming that the independence movement has returned.

A meeting between ODM leader Raila Odinga and business executives from the Mt Kenya region hosted under the Mt Kenya Foundation was also downplayed by Deputy President William Ruto and his allies in Parliament. In his presidential campaign, the Deputy President stated that he would focus on engaging with the people. In the same breath, the second-in-command ripped into ODM leader Raila Odinga's meeting with business executives from the Mt. Kenya region just a day after the meeting. 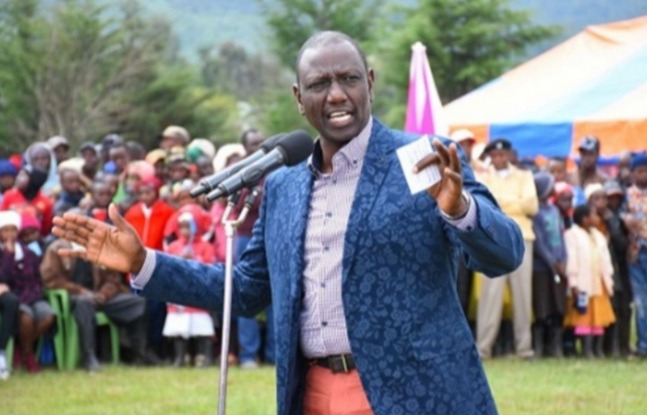 Deputy President William Ruto warned the state not to use his discussions with low-income earners to foment class warfare. DP Ruto said that his opponent, Raila, had exercised his constitutional right to freedom of political association while meeting with the wealthy. The DP said there should be no fighting or violence. Ruto claimed that his bottom-up economic strategy would ensure the continuation of President Uhuru Kenyatta's Big Four program. To refute Raila's claim that he said Kibaki Tosha in 2002, Ruto accused Raila of attempting to smuggle superior presidency, something the previous president apparently refused during his reign.