By NEWSWIZARD.KE (self meida writer) | 7 days

Narok senator Ledama Olekina Statement has responded to Murang'a Senator Irungu Kang'ata's action of seemingly trying to address the Senate Assembly while in mysterious place. Kang'ata, who as per his own statement allegedly claimed that he was at Sabina Joy, has earned the Deputy President William Ruto and his Hustler Nation Movement allies massive backlash following one of his actions. The Murang'a Senator has already announced his candidature in Murang'a gubernatorial seat and endorsed by William Ruto has brought nothing but shame to the entire Hustler Nation Movement. 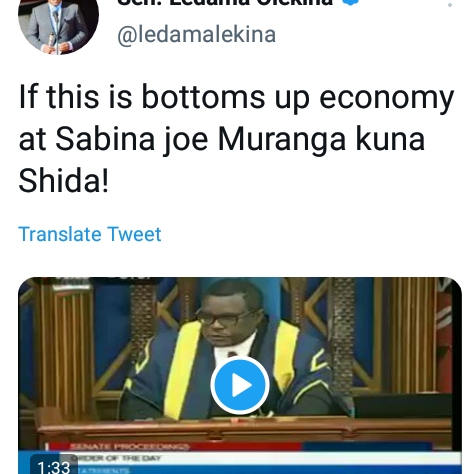 According to Narok senator Ledama Olekina, if that us what the bottom up Economic model, being advanced by the Deputy President William Ruto and Hustler Nation Movement allies, then we have a problem. The Deputy President William Ruto is proposing a change of Economic model where he believes that it's high time the country focus on the people at the bottom of a pyramid. 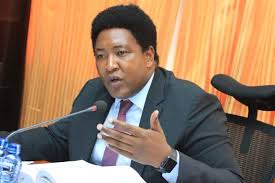