By LePatron (self media writer) | 2 months ago 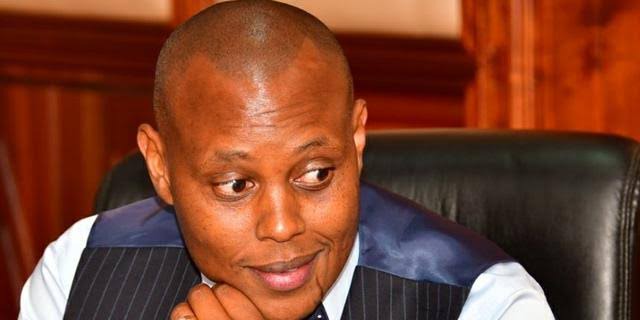 Nelson Koech has claimed the CDF funds that were declared illegal by Supreme Court 3 months ago used to Play a very critical role especially in the education sector.

According to the Belgut Legislator, Mps are now afraid to go back to their constituencies because they don't have any money.

"Right now, it is even a problem for us to go into our constituencies because we don't have any money" Koech said adding that it has become hard to face constituents who have a myriad of challenges that used to depend on CDF funds.

The Mp However almost contradicted himself after claiming that his reelection majorly depended on the work of CDF funds after he also said that MPs used not to interact at all with the Funds. He defended himself saying that he used to engage constituents on what they needed the CDF to do then presented the proposals to the CDF Boards. 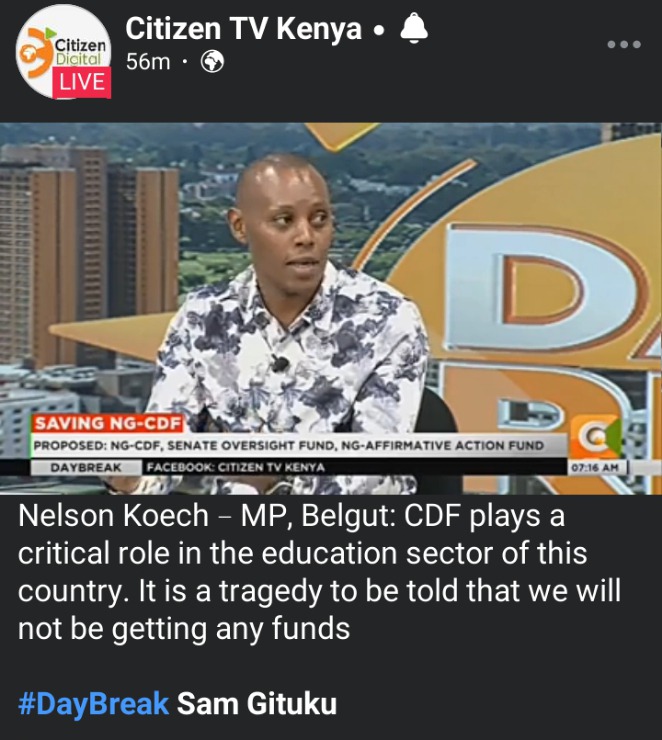 Koech also revealed that there are 2 schools in his Constituency, Starehe Boys and Starehe Girls that fully relied on the CDF. Koech said that he has now been forced to dip into his pockets to sustain the schools that helps in the education of orphans in Belgut Constituency.

Giving another Example of how CDF was important, Koech claimed that he paid school fees of all days scholars in his Constituency 2 years towards the end of his past term. 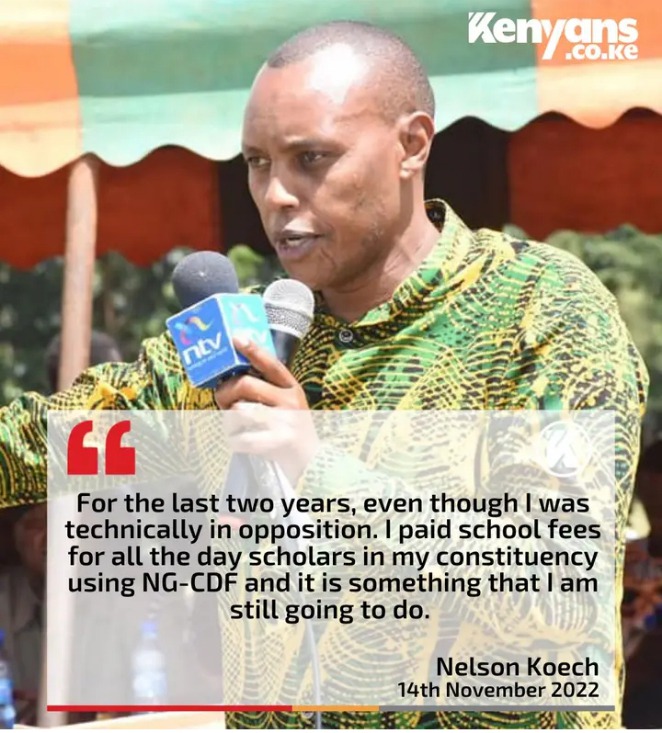 "For the Last two Years, even though I was technically in opposition inside Government, I Paid school fees for all the day scholars in my constituency using NG-CDF and it is something that am still going to do" Koech said

The Mp was speaking in Citizen Daybreak Show on Monday Morning. The disbursement of CDF which was introduced by Kibaki in 2003 was declared illegal on August this year by the Supreme Court and CS Treasury immediately stopped its disbursement.

Content created and supplied by: LePatron (via Opera News )