Ten Most Creative and Playmakers Football Players in 2021.

By ArtimonySports (self meida writer) | 29 days

Argentina striker is one of the best players in the world over long period of time.He captains Barcelona and his dribbling skills with scoring tactics make him being nicknamed 'the Goat'.

For some years down the line Belgium midfielder have been in good form that he has aided Citizens worn many trophies. He is recognized for his accurate long passing and powerful shots. 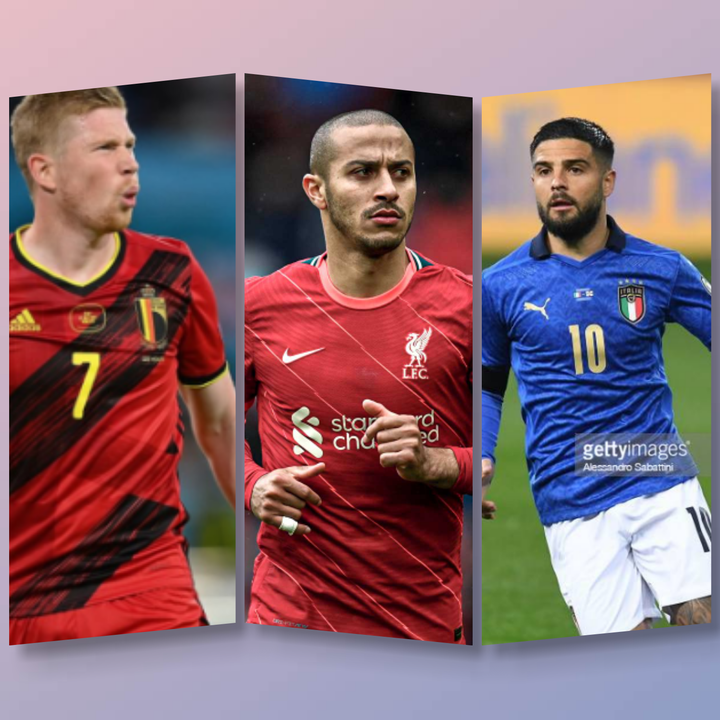 Portoguese midfielder was sign in last summer by Manchester United from Sporting Lisbon, last season he scored eighteen goals making him be in position three after Kane and Salah.

Alcantara was signed in last summer by the Reds from Bayern Munich, his experience in control of the ball and passing make him nice when it comes to controlling the ball.

Depay is one of the key signing for Barcelona, the Dutch player left Lyon when his contract expired moving to Laliga club in free deal.

Muller is long time midfielder for Germany and Bundesliga club Bayern Munich, his combination with Lewandowski has makes Bayern over various years.

Spanish Player is one of the greatest right back defenders playing for Barcelona his long passes to Penality area from left wing makes him be in good form.

He is an holding midfielder for Germany national team, his tactical defensive

He is an Italian winger playing for Napoli, he has showed a nice game in Euro 20.

Neymar is the most expensive Player in the world for his transfer from Barcelona to Paris Saint German at a fee of €222M. He is the greatest players for Brazil national team who was among the Squad which won 2010 world cup.

"If You Want To Lose Election In 2022, Stand On A Jubilee Ticket" Kiraitu Told Uhuru's Men