By HustlerNation1 (self media writer) | 12 days ago 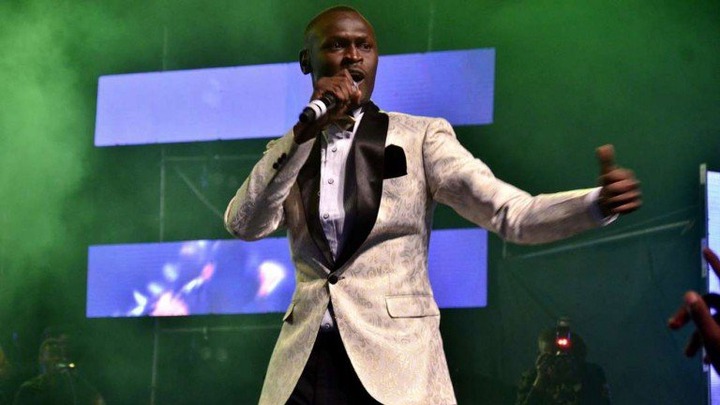 Musician King Kaka released a new song in which he sings praises to God for seeing him guide him through a difficult time when he was bedridden with illness.

The hit titled Manifest, and starring Nviiri the storyteller, is a tale of the life of King Kaka when he fell ill.

In the lyrics of this song, King Kaka admits that he knelt down and prayed to God who came to his aid and attributes his healing from illness to a miracle, while also citing the Bible verse Jeremiah 30:17.

The musician, born Kennedy Ombima, further reveals that when he was sick no one around him knew, but goes on to testify that during tribulations God was his strength.

Moreover, he notes that with God he is safe and thanks his wife Nana Owiti, his mother, his friends and his fans who prayed for him.

King Kaka warns people that when they are in the dark, they are not to trust every light that comes their way.

He also notes that he is on the road to recovery even though the devil is having sleepless nights.

The video for the song shows different periods of King Kaka in the hospital. King Kaka was misdiagnosed and had a severe bodily reaction which deteriorated his health and was eventually admitted.

The song was released a day after the musician spoke about the illness that brought him to hospital about four months ago.

In a post on his Instagram, the “Wajinga Nyinyi” singer revealed that doctors pierced his hip for a bone marrow sample.

The father-of-three, who shared a photo of him looking weak and emaciated, said the nights in the hospital had gotten darker even though he was faking a smile when visiting his family and visiting his friends.

I was between two worlds, fighting to see my family again. I would force my last smile when visiting Nana and Moms, but the truth is the nights got darker and I would be back in the ring with life.

It's a feeling and a place that you can't put into words on the nights when the devil made some suggestions, but the light got stronger so that I could listen to it, ”King Kaka explained.

Even though he's not fully recovered, King is grateful for the gift of life.