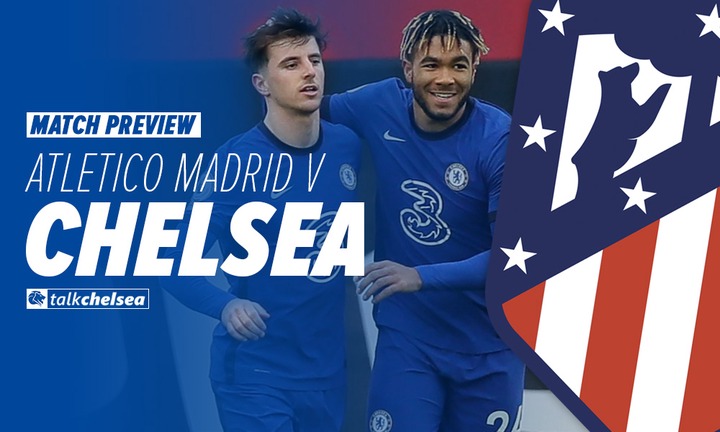 Sign up to FREE email alerts from Football London - Chelsea

When you subscribe we will use the information you provide to send you these newsletters. Sometimes they’ll include recommendations for other related newsletters or services we offer. Our Privacy Notice explains more about how we use your data, and your rights. You can unsubscribe at any time.

Diego Simeone has waxed lyrical over the squad Thomas Tuchel has inherited at Stamford Bridge.

Simeone's Atletico Madrid take on Chelsea in a Champions League round of 16 first leg tie in Bucharest tonight in what is set up to be an intriguing tie following the arrival of Tuchel in west London.

Tuchel has Chelsea looking strong, going seven games unbeaten across all competitions, but a date with La Liga leaders Atletico might just prove to be the ultimate litmus test.

Simeone's men are three points clear with a game in-hand in La Liga, and Chelsea will have to be at their best tonight to ensure they remain unbeaten since their new head coach's arrival.

But given the Blues' form, Atleti are very much approaching the game in a similar vein, Simeone well versed in just how talented a squad Tuchel has at his disposal.

In fact, the Atletico boss believes any of Chelsea's players could compete for a spot in 'any team in Europe'.

"We will see. It's a strong club, financially, Since last year, they have spent enormously," said Simeone when asked if the arrival of Tuchel makes the fixture more difficult.

"The coach (Tuchel) is important and he has made a strong impression. It's a young and good squad and they invest in young players.

Sign up to our Chelsea newsletter for the latest transfer news

In each football.london Chelsea bulletin, we'll be bringing you the latest breaking news, transfer features and comment pieces, as well as the key talking points for fans.

You won't miss a single thing when it comes to Chelsea.

We'll also send special newsletters when big stories break or there's a special event happening. And with the January transfer window now open there's plenty of content to get your teeth into.

It's easy and only takes seconds.

Simply type your email address into the box at the top of this article - or any article on the Chelsea section of football.london in fact - labelled 'Get the biggest daily stories by email' and click 'Subscribe'.

And that's it, you're all set.

If you decide later that you no longer wish to receive the emails, simply follow the unsubscribe link in one of the newsletters - but we don't think you'll want to.

"They changed the coach when they didn't see the investments were improving (the squad). Tuchel has a strong team and they have improved statistically.

"Just look at the goalkeepers, the strikers...any player could play in any team in Europe."

A glowing review from Simeone, but the Argentine has a reputation for toppling clubs with an economical advantage with his hard-working, organised Atleti, so admiration is certainly not to be mistaken for fear heading into tonight's game.

Content created and supplied by: Kibeh7633 (via Opera News )