Super Tuesday Betting Tips That Will Earn You Big Cash

By SuperSportsArena (self media writer) | 22 days ago

Mauritania will be looking to improve on their last outing here following a 4-0 WC Qualifiers - Africa defeat in their last game at the hands of Zambia.

Mauritania haven’t exactly had impressive attacking statistics in recent times. Their ‘goals for’ figure equals just 2 versus opposing sides over their previous 6 outings. In those meetings, Mauritania have also seen the tally of goals scored against them come to 10. It will be interesting to see if that trend will be sustained in this game.

Equatorial Guinea will go into this encounter after a 1-0 WC Qualifiers - Africa win in the defeat of Tunisia in their previous outing.

Over the course of 5 of the past 6 clashes featuring Equatorial Guinea, a relatively low number of goals have been scored between them and opposing sides. The overall average goals scored per game during that spell comes out as a paltry 1.83, with the number of goals averaged by EQG standing at 1. 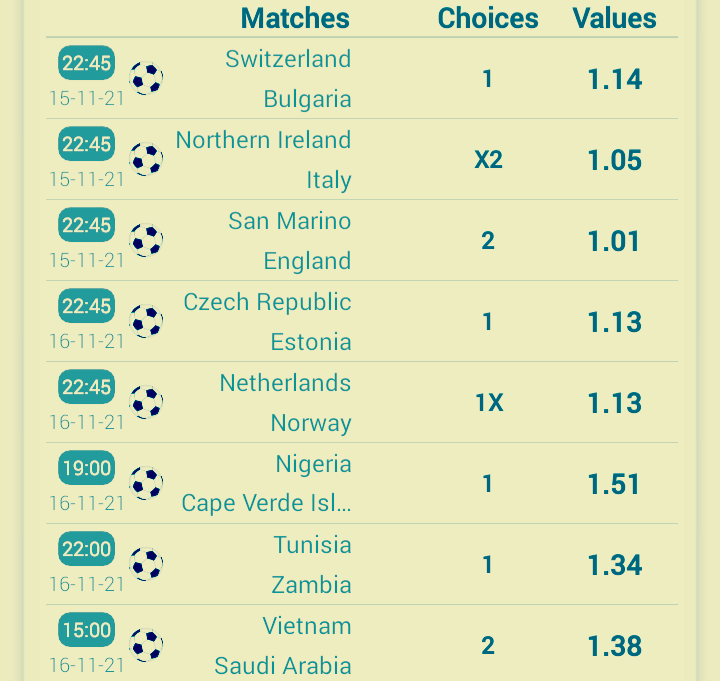 Vietnam will be looking for an improved result here after the 0-1 WC Qualifiers - Asia loss in their previous game against Japan.

It has been all too rare in recent times that Vietnam have managed to hold out for a full 90 minutes. The reality is that Vietnam have seen their defence breached in 6 of their previous 6 games, giving up 14 goals in the process.

In their previous game, Saudi Arabia drew 0-0 in the WC Qualifiers - Asia tie with Australia.

A run of accomplished displays from the Saudi Arabia defensive players has resulted in their ‘goals against’ tally amounting to 3 from their last 6 fixtures combined. During the same period of time, their own forwards have managed to score 11. Despite that, we must now wait to see whether that pattern will be sustained in this next match.

Lebanon will be hoping for a better result following the 1-2 WC Qualifiers - Asia loss in their previous game against Iran.

Liviu Ciobotariu's Lebanon have celebrated scoring 5 times in their last 6 outings. The comparative number of goals that have been scored against them in those fixtures amounts to 7.

Since a loss in their previous game against Korea Republic in WC Qualifiers - Asia competition, UAE and their fans will hope to get a better result this time.

The stats don’t lie, and UAE have been scored against in 5 of their last 6 matches, conceding 7 goals in all. At the back, UAE have not been doing too well. That being said, we must now wait to see if such a trend will be sustained in this upcoming match.