Importence of Having More Than One Partner

By JameSege (self media writer) | 1 month ago

Relationships are often considered to be between two people only. But the fact of the matter is that this culture is now beginning to be questioned and scrutinized as people search for their own methods of self-expression.

In a free relationship, couples negotiate and agree on their boundaries.

However, in marriages that are considered to be monogamous, such matters cannot be discussed.

However, despite the fact that people often assume they are in a monogamous marriage agreement, you will find that the characters prefer to have a romantic relationship with outsiders rather than two who are bound by the shackles of life.

"If you look at the different types of relationships that exist, 5 percent can be identified as having more than one partner," said Amy Muise, an assistant professor of psychology at the University of York Toronto, Canada.

"In human life, 21 percent of people have ever been involved in extramarital affairs."

However, in this age of the coronavirus, people have had difficult time meeting lovers outside their homes because of the measures taken by various countries to control the coronavirus as a close contact.

This step may force those who have an extramarital affair to stay with their spouse for a long time.

And social psychology also shows that there are reasons why people believe that extramarital affairs are beneficial.

In ancient times it was believed that people lived in small family groups together.

At a time when most men were believed to be hunters, they were loyal to the wife but finding a child looking for another partner.

That pattern may explain why men nowadays prefer relationships that leave them free.

According to a study conducted by psychologist Justin Lehmiller on human relationships, most men prefer to have more than one partner at 26 percent compared to 8 percentage of women.

Many marriages are now in a state of disrepair, although the reality is different, even if you refer to the Old Testament. There are many examples of polygamy.

But why do so many men now seem to have extramarital affairs?

It is difficult to say without slandering art, culture, and so on.

"Often, when we were growing up our parents were married and saw them in a monogamous marriage."

"Ever since people began to take over plots of land and claim ownership, marriages have been one way of controlling property and owning the family and since then, marriage has begun to seem a priority."

Research shows that couples with different interests of love are better off with more than one partner.

"In a relationship, there is often a difference of interest between the two people," he said, "Muise is a relationship specialist. "However, people with more than one partner may be more likely to meet their needs." 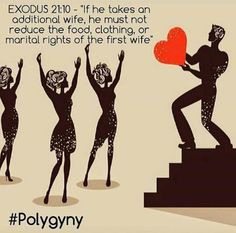 Moreover, it is said that in one study, people who wanted to have a free and successful relationship, felt successful in fulfilling their needs.

"A good life of a romantic relationship with an extramarital affair makes a man feel satisfied with his legitimate partner because suddenly the pressure of one man to do everything to please his partner goes away," said Wekesa.

"When there is happiness in a romantic relationship, couples can communicate better," Wekesa said.

“But it is also difficult to fulfill a free relationship if you cannot fulfill the terms you have agreed upon.

In addition, emotional satisfaction - feeling secure, and being close - seems to continue to increase over time. At the same time being free, the feeling of happiness also diminishes if it is monogamous marriage. 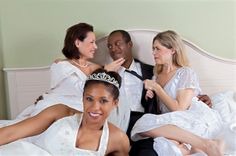 "In the beginning, life is sweet and pleasurable but it comes at a time when you are beginning to predict," said Rhonda Balzarini, a University of York psychologist.

Balzarini gives the example of a legitimate married woman who has many personal responsibilities, looking after the house and children while the outside wife often does not have those responsibilities and thus will have more time to develop romantic relationships.

Content created and supplied by: JameSege (via Opera News )