No Hope For Kalonzo, Mudavadi as Big 2022 Declaration Emerges From Deep Within Raila Camp

By Curtis-Otieno (self meida writer) | 17 days 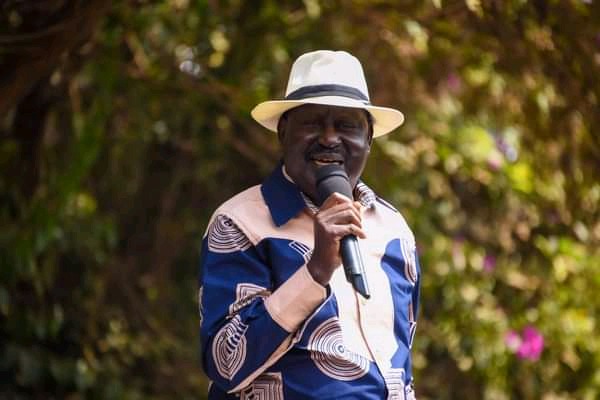 ODM leader Raila Odinga will not and is not planning on keeping off the 2022 presidential elections, whatever happens, his allies have revealed.

The former Premier has since hinted at taking his fifth shot at the seat, after several months of keeping his supporters and critics guessing on his next move.

His aide Silas Jakakimba has predicted a major disappointment for those waiting around the corner, expecting that the leader can drop his bid and support any of the remaining top aspirants.

The city lawyer and former Homa Bay Senatorial aspirant has made it clear that this will not happen, urging those expecting it to stop doing that.

"You’ll wait so long for that: not happening," he said on Sunday, in response to a Kenyan who had said that this is the only way Raila can push Deputy President William Ruto off the way and block his win. 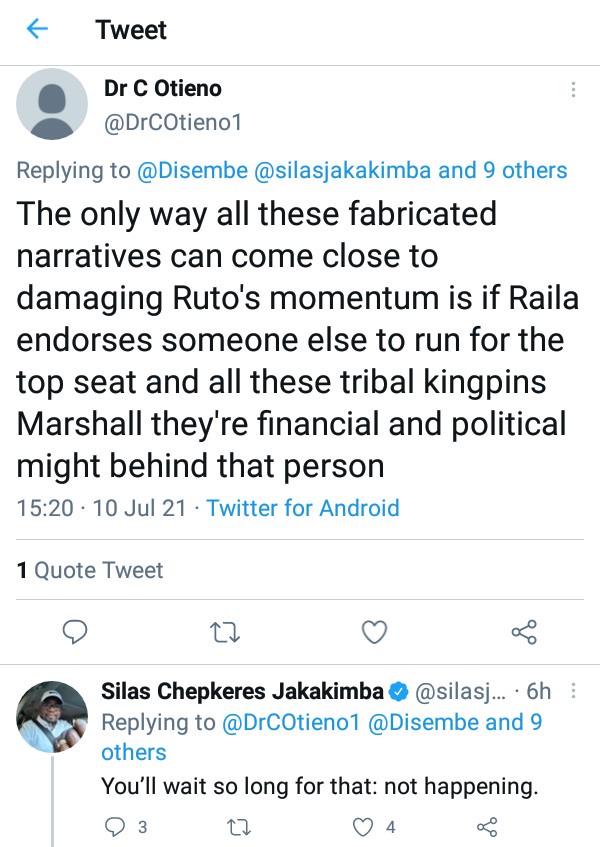 He made the remark day after Raila's spokesman Dennis Onyango, while addressing the very same suggestion, made it clear that Raila is not about to endorse anybody else.

"That will not happen," he said, at a time when Raila is under pressure from his fellow NASA leaders to rally behind one of them for the top seat in the awaited polls, after allegedly vowing to do that in 2017.

It is also reported that President Uhuru Kenyatta, who has fallen out with the DP and is out to scuttle his bid, is keen on bringing the four NASA leaders together to better their chances of beating Ruto.

The three; Musalia Mudavadi, Moses Wetangula and Kalonzo Musyoka, have declared that they cannot support Raila again and he will have to support them for them to work with him.

Raila, however, seems to have the support of Uhuru, with analysts opining that the plan is most likely to herd the trio into supporting him again.