Who Is Suluhu Hassan, The Lady Expected To Become The President Of Tanzania?

By AbdifatahMohamedMohamud (self meida writer) | 29 days

Suluhu Hassan Aka Mama Samiya, who has been Tanzania's vice president since 2015, is expected to take over the presidency following the death of President John Magufuli. 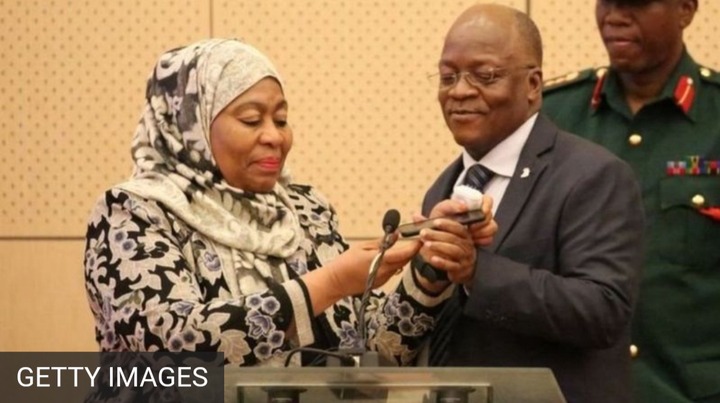 The shares will remain in office for the remainder of the president's term until 2025, according to the Tanzanian constitution.

She is expected to become the first woman to hold a top post in Tanzania. She will also become Tanzania's second president from Zanzibar.

His predecessor was Zanzibar President Ali Hassan Mwinyi, who ruled the country for 10 years - 1985 to 1995.

It is the first time Tanzania has lost an incumbent president and replaced him with a vice president.

So, who is Suluhu Hassan?

In 2015, during the election campaign, the CCM-led Samiya Suluhu Hassan group performed songs performed by famous musicians. She was running for vice president.

At first many people were afraid of being a woman and how women were respected - but in order to look closer to people, she asked them to call her by one name - she was Mom or Mama.

Since then, her election campaign has attracted a lot of attention - unlike other opposition candidates.

For many Tanzanians, the name of Sulu Suluhu Hassan (60), became well-known after she was nominated to run for vice president in 2014.

At the time of Tanzania's implementation of the new constitution following a public consultation - Mama Samiya was tasked with implementing it in the lower house.

As Parliament spoke directly to the public on TV - and many Tanzanians were eager for more information - Samiya's face became unconstitutional, and her leadership potential was evident. that was the public's view.

She then took over the position of deputy chairperson of the ruling party, as per party law, and was the most active person from Zanzibar.

However, many did not expect the late revolutionary president, John Magufuli, to be his share of the vice president in 2015.

Despite her 15 years of experience as a minister and a member of parliament, many did not think Magufuli would choose her.

When the ruling CCM party won the election, in 2015 - which was the party's toughest run - Samiya set a new record and became Tanzania's first female vice president.

Mama Samiya married her husband, Hafidh Amiir, in 1978, and they had four children.

Her most famous son, Wanu, is a member of the Tanzanian parliament.

Samiya studied Administration at Manchester University in Britain and Mzumbe in Tanzania.

She first worked for the government in 1977, then rose to prominence and became a planning officer, from 1987 to 1988.

Samiya said her success has not been as easy as it seems.

"My political journey has been a long and successful one. It is not easy to take responsibility for your family and continue your political life in addition to education and other responsibilities," said Mama Samiya.