By OnePoliticalInformer (self meida writer) | 29 days

The Tuesday 18th by-elections held in different parts of the country have sparked a series of reactions which have led to various debates on different platforms. 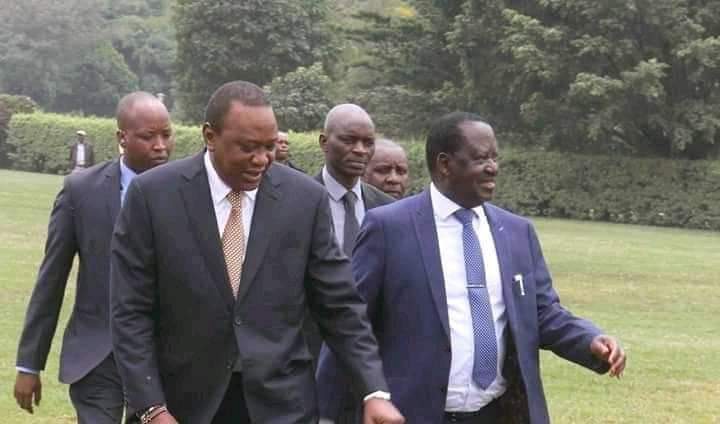 The Tuesday polls have opened up a debate on the famous March 2018 Handshake between Orange Democratic Movement (ODM) party leader Raila Odinga and President Uhuru Kenyatta.

Reacting to the Tuesday polls in Juja and Bonchari Constituencies, ODM leader Raila Odinga has revealed attempts to confuse and erode the Handshake.

Raila has stated that the peaceful co-existance that has existed in Kenya since the Handshake is being taken for granted by a few rogue elements who want to confuse and erode the Handshake which brought fourth a number of liberties.

"The peaceful co-existence post-2018 must NOT be taken for granted by some rogue elements wanting to confuse the HANDSHAKE for an excuse to ERODE our hard-earned liberties!This must STOP!" Raila said.

The Former Prime Minister has added that the events witnessed in the by-elections in Bonchari and Juja depict an abuse of police powers and an arrogant display of impunity by a few overzealous and bellicose government functionaries.

Newspaper Headlines Brief: Raila And Kalonzo Clash On 2022 Race And Other Good Stories