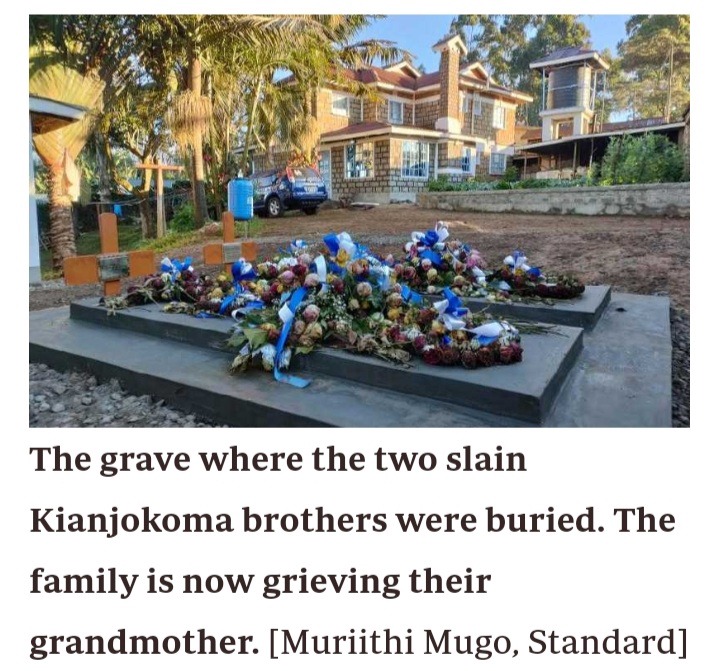 Just seven days after the burial of the two slain Kianjokoma brothers, their family is here again mourning the death of their 94-year-old grandmother.

Mr Felix Nthiga, the uncle and family spokesperson, announced that eldey woman Gladys Embu loved the departed the brothers and was silent when she got wind of the boys' death.

"Gladys was the only elderly woman and loved her grandchildren very much. She was a strong lady but became weak on getting the wind of her grandchildren’s demise, she often visited our compound where the two were buried and never had a word with anyone," Nthiga stated at the family home in Kithangari village, located 500m from Kianjokoma market. 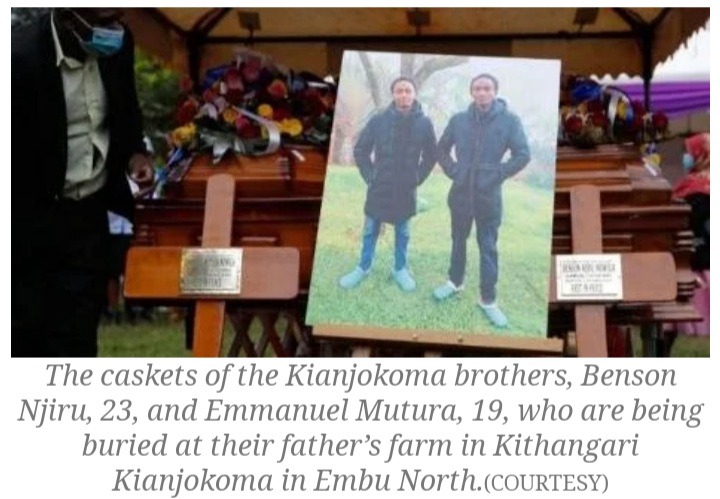 John Ndwiga, the dad of the departed two brothers, added that the elderly woman died as a result of high blood pressure due to depression after she was tipped-off of her grandsons' demise.

Gladys, who comes from Kiandogo village, just 2km from Kithangari, often walked to say hi to the family of the slain brothers.

Nthiga confirmed that the bereaved family will consider giving her a good send-off scheduled to take place is when they resume on the lawful process to seek justice for the two kianjokoma brothers.

When we toured the family compound, there was no burial plans ongoing, with the mother Catherine Wawira still affected with the loss of her two kids. 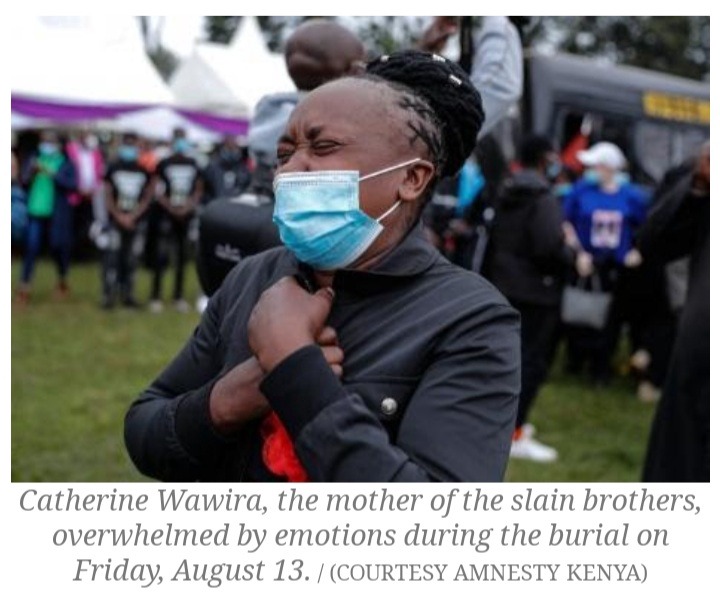 At about 7am, the sound of birds chipping from tree to tree rented the compound. To the left was an image of the grave of the two sons with their names; Emmanuel Mutura and Benson Njiru.

Six security officers suspended from Manyatta Police Station were held by a Milimani court for two weeks as the probes on the murder of the two brothers goes on.

The ODPP also admitted that the six officers be suspended as two senior officers stationed at Embu North Sub-county at the time of the incident were transferred. 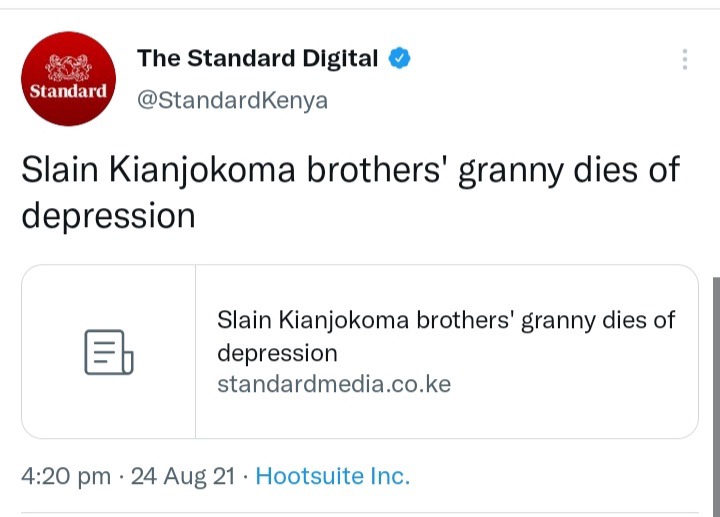 One Unique Thing About A Snail You Never Knew

So Sad, What Kenyans In Mombasa Said Immediately Raila Odinga And His Troops Left

Zambia: Emotional Moments As Several Are Burnt To Ashes After Their Car Overturned And Started To Burn