By BlissMedia.co.ke (self meida writer) | 27 days 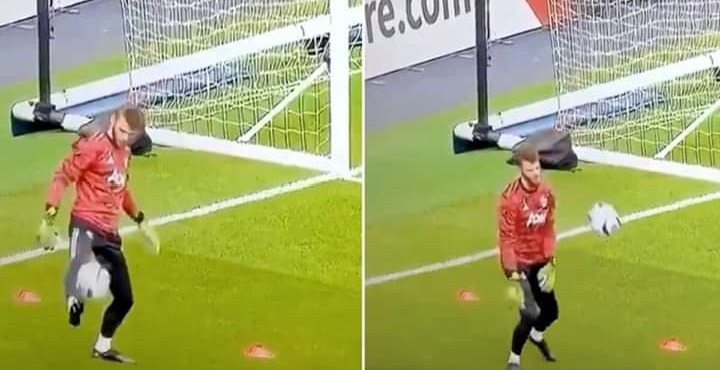 Manchester United were in high spirits as they were preparing to take on Tottenham Hotspurs in the second leg of the 2020/2021 season.

The first leg saw Jose Mourinho's side take a 6-1 win at Old Trafford, and this tie presented a nice chance to get a revenge on him.

Several changes were made to the starting line up with Ole Gunnar Solskjaer putting Dean Henderson instead of David de Gea who has been in the shadows for a long.

Prior to the start of the match, something peculiar was noted during the warm up drill at the far end of the posts. 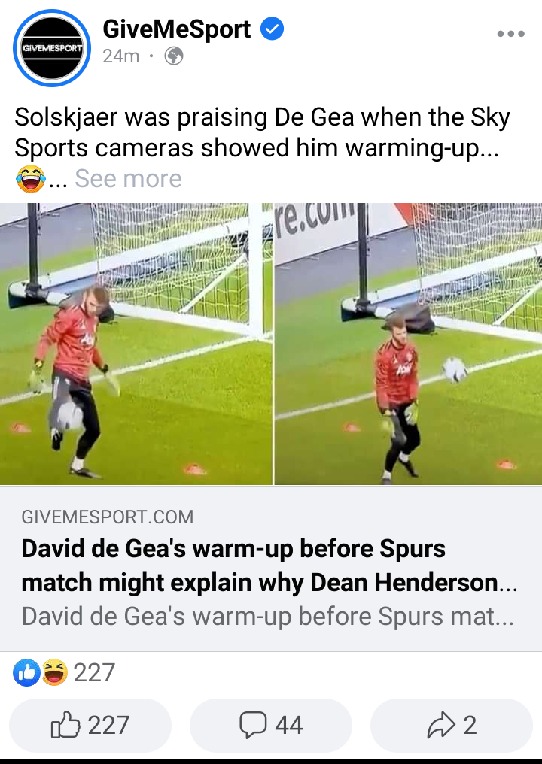 David De Gea and Dean Henderson were warming up in the goals as their trainers launched some simple balls towards them to catch.

Dean Henderson managed to grasp all the two balls that were directed to him, but that was the opposite of the 30 years old Spaniard.

David De Gea looked discontented as he missed all the balls that were directed to him which proved that he will have to play second fiddle to Dean Henderson. 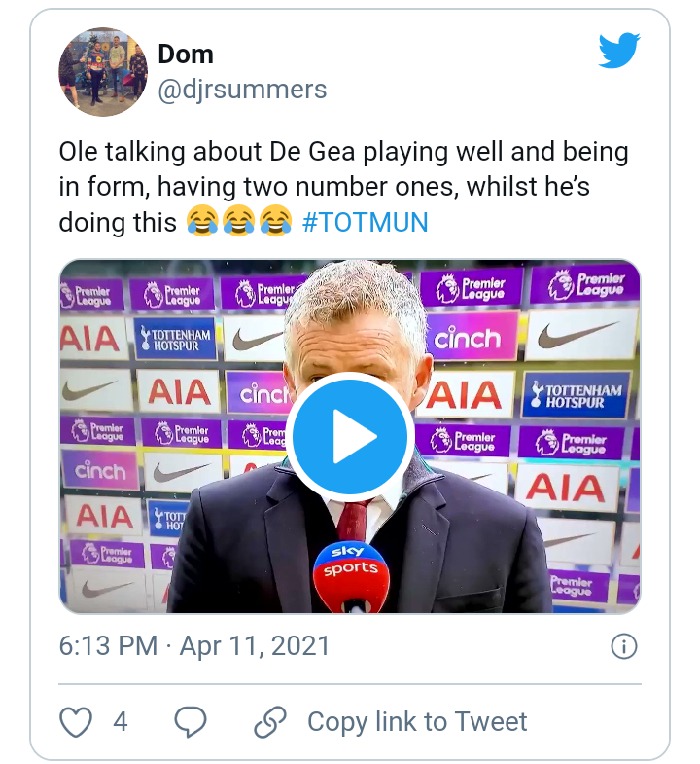 Watch how David De Gea's warm up drill was compared to Dean Henderson who caught all the balls while De Gea got none in the video link below;

Has his time at Old Trafford come to an end?