Barely a year to the country's next General Elections, politicians have already drawn their daggers ready to attack and defend themselves from their challengers. Of the six elective seats, presidential race is hyped to be one of a kind courtesy of the two heavyweights who will lock horns.

Raila Odinga is staking on his new found camaraderie with the outgoing commander in-chief to outfox William Ruto who is his greatest competitor. The latter is capitalizing on his good rapport with the country's downtrodden to kick Agwambo out of the 2022 presidential ring. 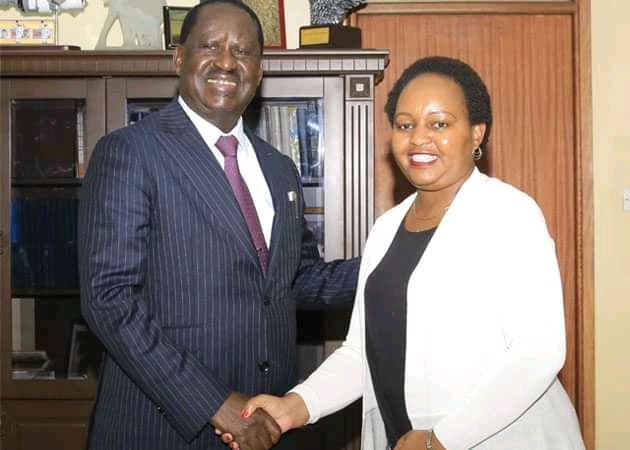 Staking on their unparalleled political muscles, Ruto stands a chance of occupying the house on the hill so does Raila. Recent political chronicles however disfavours Odinga's son.

For Baba's fifth bid to actualize, he is staking on Mt Kenya support but recent political signals are suggesting that the doyen is blindly building castles in the air.

Jakom is staking on Uhuru's Kieleweke gang to popularize his political bid throughout the mountain but kwa ground, things seem to be different.

Speaking on Tuesday, Nyeri Township MP Wambugu Ngunjiri who has been an ardent supporter of the Handshake and Raila's course has changed tune and instead he has hinted of supporting the man from Sugoi in 2022 duel. Ngunjiri, a close ally of Jomo's son has thanked the second in command for his change of heart and has welcomed him to their hub. 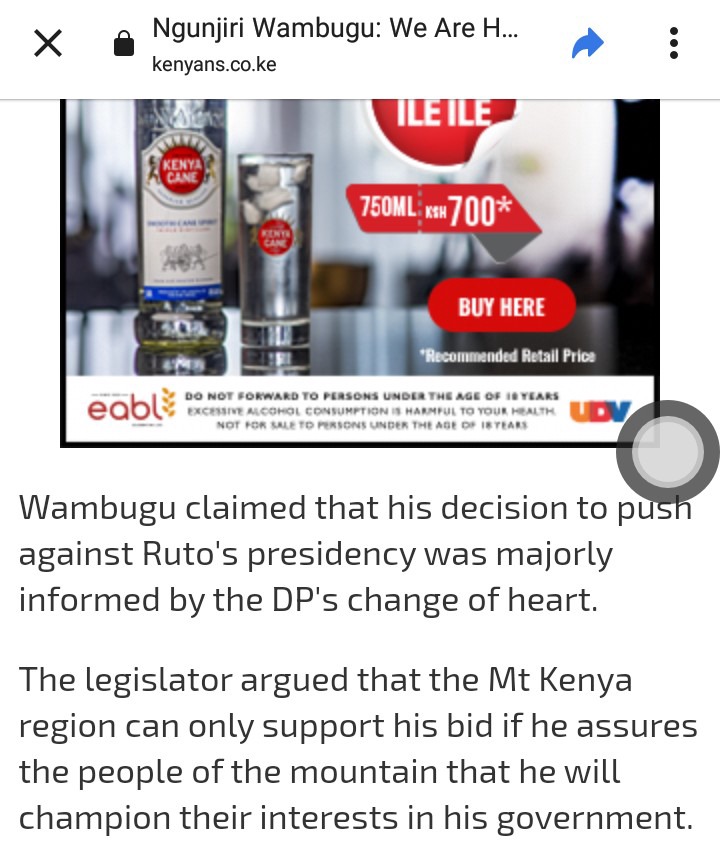 Political betrayals have lived for years and to Jakom who has been the victim, Wambugu's coded message of embracing William and welcoming him to Mt Kenya sends a not-so-good signal to Raila's camp. A betrayal could be possibly roaming and to safe his face, Agwambo should decode this before he runs out of time.