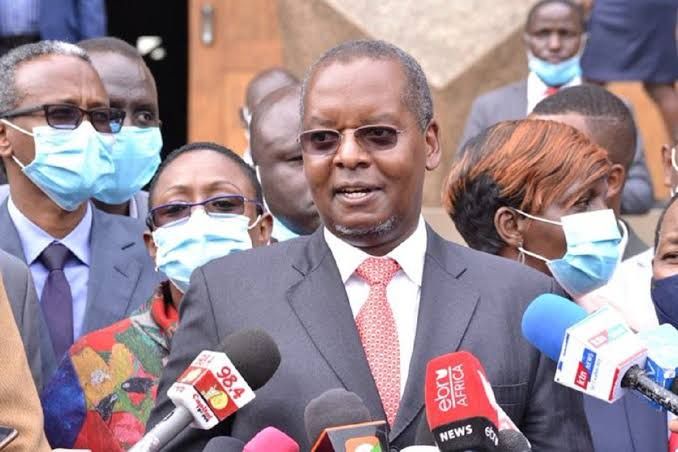 Recently, vocal lawyer Donald Kipkorir made serious allegations on Uhuru and Kikuyu nation. In his remarks he claimed that the Kikuyus dominate ever critical sectors in the public service. He claimed that the bulk of the national budget is allocated to develop the Kikuyu Nation All big public contracts are to companies owned by Kikuyus, he added. But they still complain more than all the other tribes, he said.

He claimed that for the remaining time of his term,President Uhuru Kenyatta should re-allocate all these appointments and contracts to Nyanza and Coast Provinces. He should completely abandon Mount Kenya who have shown such disrespect of monumental proportion, he claimed. Let the coffee and tea rot in the farms and let the roads be potholed, he claimed.

Many Kenyans reacted to his remarks. Some claimed that he is giving a good piece of advice and nothing like Mount kenya votes. Each and every Kenyan has his or her own vote and are not a preserve of an individual, they told him. They claimed that was then and not now. Others told him that he should take some cold water and stop lamenting. 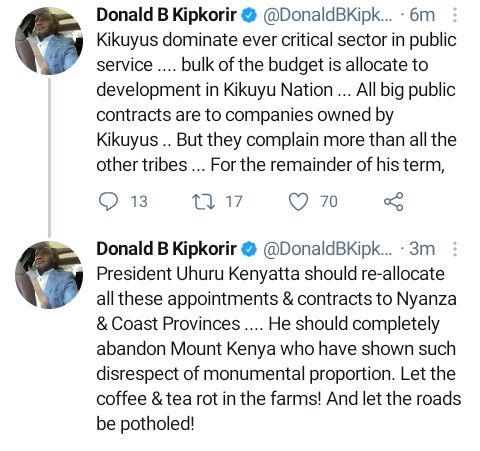