By MarkJonnes | self meida writer
Published 25 days ago - 5500 views

Fredericia, following on from their previous result, will be hoping for more of the same after the 1-2 1. division victory against Fremad Amager. Fredericia haven’t exactly had impressive attacking statistics of late. Their sum of goals equals just 4 versus opposition teams over the course of their last 6 matches. In those meetings, Fredericia have also seen the number of goals against them come to 9. 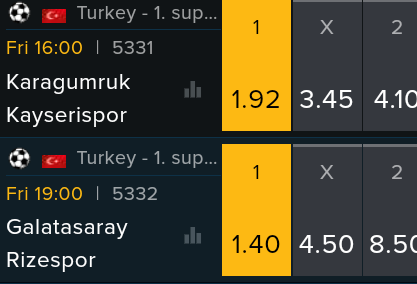 Going into this game, the form guide shows that Fredericia have not beaten Vendsyssel FF in their last 2 league games and have not won at home in their last 5 league matches. Their supporters are understandably frustrated.

After suffering a loss in their previous game against Skive IK in 1. division competition, Vendsyssel FF and their fans will hope to get a better result this time.

A tendency of at least one side getting a clean sheet in games involving Vendsyssel FF has been evident of late. Examining their last six meetings reveals that it’s occurred 5 times. In those clashes, opposing sides have managed a goal aggregate of 7 and VFF have scored 3.

Going into this contest, Vendsyssel FF are without a win away from home in their last 10 matches in the league.

Looking over their most recent head to head meetings going back to 18/03/2018 shows us that Fredericia have won 1 of them & Vendsyssel FF 3, with the tally of draws standing at 2.16 goals were produced between them in these games, with 6 of them for Fredericia and 10 for VFF. 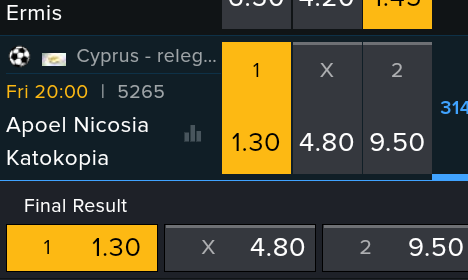 Kolding IF will play in this match coming off the back of a 1-1 1. division drawn game against HB Køge.

Kolding IF have struggled with their forward play in more recent games. Their goals record equals just 4 vs opposition teams during their previous 6 outings. In those games. Heading into this fixture, Kolding IF are without a win at home for the past 3 matches in the league.

Viborg FF head into the clash following on from a 2-0 1. division win to beat Esbjerg in their last outing.

A succession of very capable showings from the Viborg FF defenders has resulted in their ‘goals against’ tally amounting to 0 from their last 6 clashes combined. During the same period of time, the number of goals that they have scored themselves is 12.

Ahead of this meeting, Viborg FF are undefeated in their last 15 away league matches. Not many clubs can boast an away record as good as that.

Hvidovre will be hoping to return to winning ways here following the 2-0 1. division defeat last time out to FC Helsingor.

Hvidovre haven’t exactly had impressive attacking statistics of late. Their sum of goals stands at just 3 against opposing sides during their previous six fixtures. In those meetings, Hvidovre have also seen the number of goals scored against them total 8. Coming into this contest, Hvidovre haven't won against HB Koge in their last 4 matches in the league.

In the game prior to this, HB Koge drew 1-1 in the 1. division tie with Kolding IF.

Looking at their form, and HB Koge have been scored against in 5 of their last 6 matches, conceding 6 goals in total. At the back, Svanerne just haven’t been too solid at all. Such a pattern isn’t assured to follow through into this next game, however.

A glance at their prior head to head meetings stretching back to 18/10/2018 tells us that Hvidovre have won 2 of them & HB Koge 1, with the number of drawn games standing at 3.

In all, 16 goals were produced between them during those clashes, with 9 of them for Hvidovre and 7 coming from Svanerne.

Thanks to a completely injury-free squad available for selection, HB Køge boss Morten Karlsen has zero fitness worries to speak of before this match.