Elated Nakuru Residents Demand for Raila to Address Them (VIDEO) 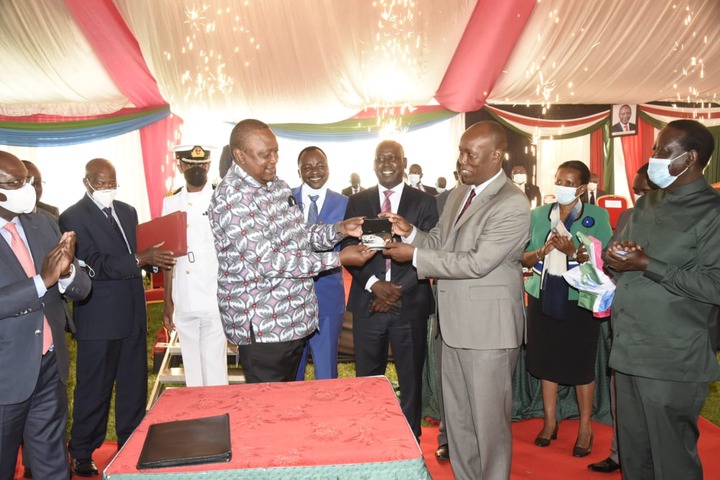 At the start of the function, only select guests were allowed to enter the venue. Seeing the commotion, the President told the county and police officers manning the gates to let the residents of Nakuru enter as it is their city after all.

In the event which was aired live on local television stations, President Kenyatta had difficulty addressing the loud crowd but pushed through. He officially signed the citation and handed it over to Nakuru Governor Lee Kinyanjui, along with a new logo for the city, a Kenyan flag, a Nakuru county flag, a new Nakuru city flag and an official seal.

All the while, the overzealous crowd were shouting and demanding that Raila Odinga addresses them. Unfortunately this was not possible as the president had already taken to the platform and it would be against protocol. The President managed to calm the crowds after asking them to calm down as they will talk later.

Raila Odinga, who is the ODM Leader, is expected to hold rallies in Nakuru town today, after attending the event alongside President Kenyatta. It is however not clear whether the President will make a surprise decision of joining Raila for a rally or not. Video