Police in Kakamega are probing into an incident where a man is said to have killed his wife and hid the body in the house for four days. The suspect, Wycliffe Khamasi, from Katu town in Shinyalu was rushed to Kakamega Referral Hospital, after he was found lying beside the body unconscious. 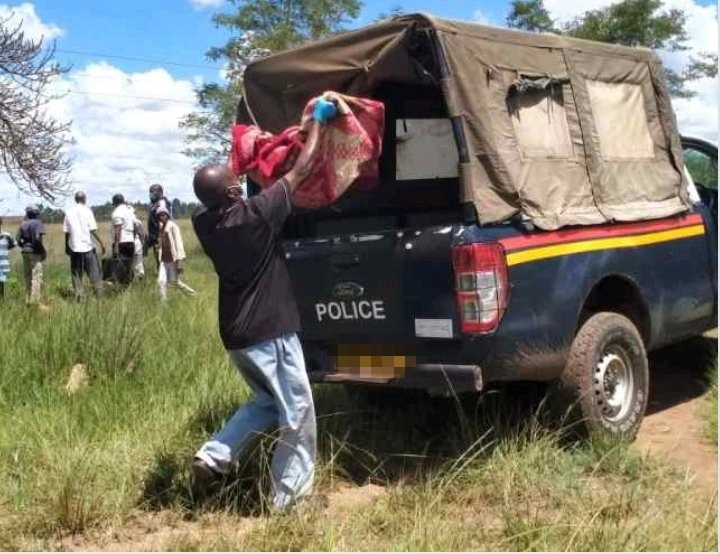 Preliminary reports showed that he had alcohol poisoning. He was reported to have committed the offense before locking himself up in the house with the body of his wife.

Khamasi is alleged to have inherited the deceased who was identified as Virginia Khavakali and they were living as a couple until they started developing family conflicts.

On that day of the incident, Khayera, his sister-in-law, went to Khamisi's house to tell him that her cows had entered his farm when they were left unattended. Khamisi did not reply. He shut the door behind him as he entered his house.

"My cow had intruded into his maize and I went to tell him. He just banged the door and went in," she said.

After four days, Khayera visited him again. This time she peeped and saw him lying on the floor with his dead wife. She screamed for help. Neighbors, who heard her shouts, hurried to the estate and broke into the house.

They discovered Khamasi lying down and the body of his better half next to him.

They pulled him out of the house and called the police who took him to the hospital and picked his wife's body.

As indicated by Shinyalu OCPD, Robert Makau, Khavakali's body had wounds and an autopsy will be done on it to give a clear report on the cause of her death. 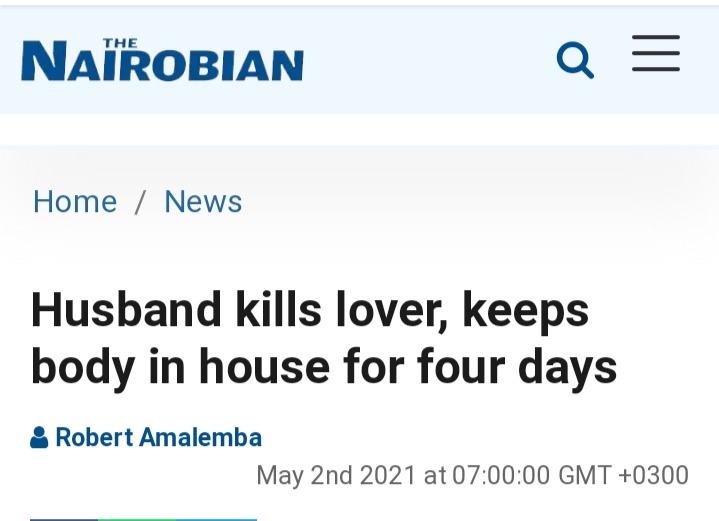