By GhostNews.Com (self media writer) | 19 days ago 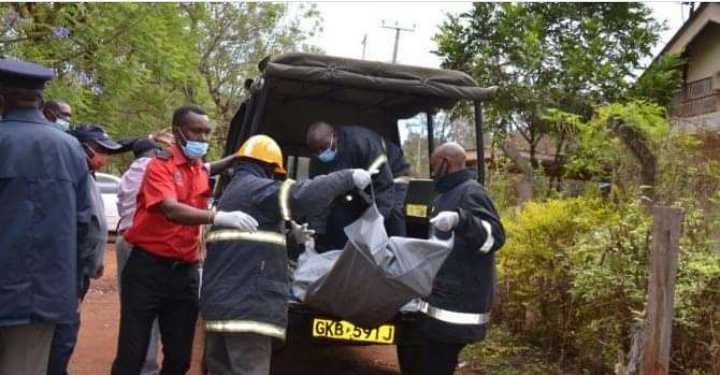 According to reliable reports, the raid which was conducted by two police officers and three assistant chiefs turned nasty as one man lost his life as he was shot dead for attacking an officer with an axe. 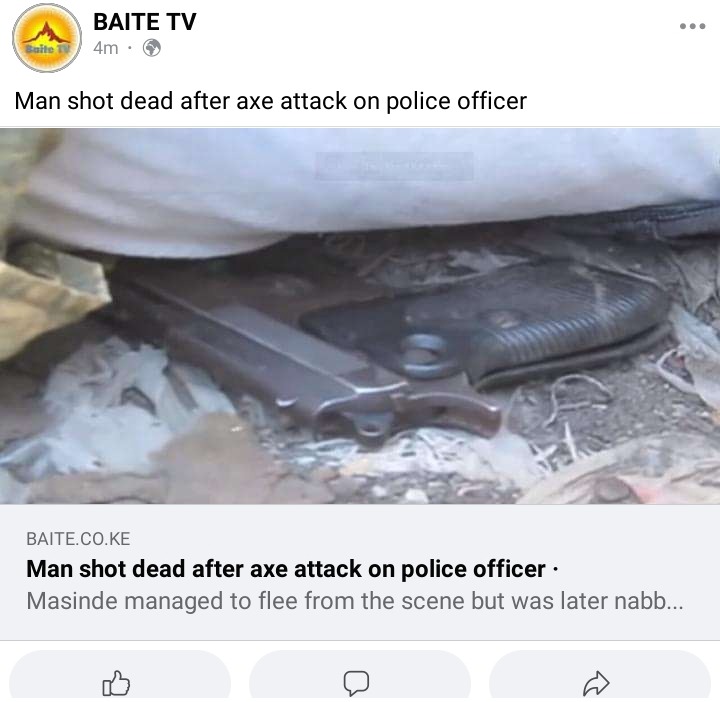 The reports claim that the raid got the administrator recover 210 liters of chang’aa when one member of the public, a middle aged man came out of nowhere with an axe and attempted to strike one of the officers.

On sensing the danger, the other officer took out his gun, shot the man killing him instantly while the attacked officer was left injured. 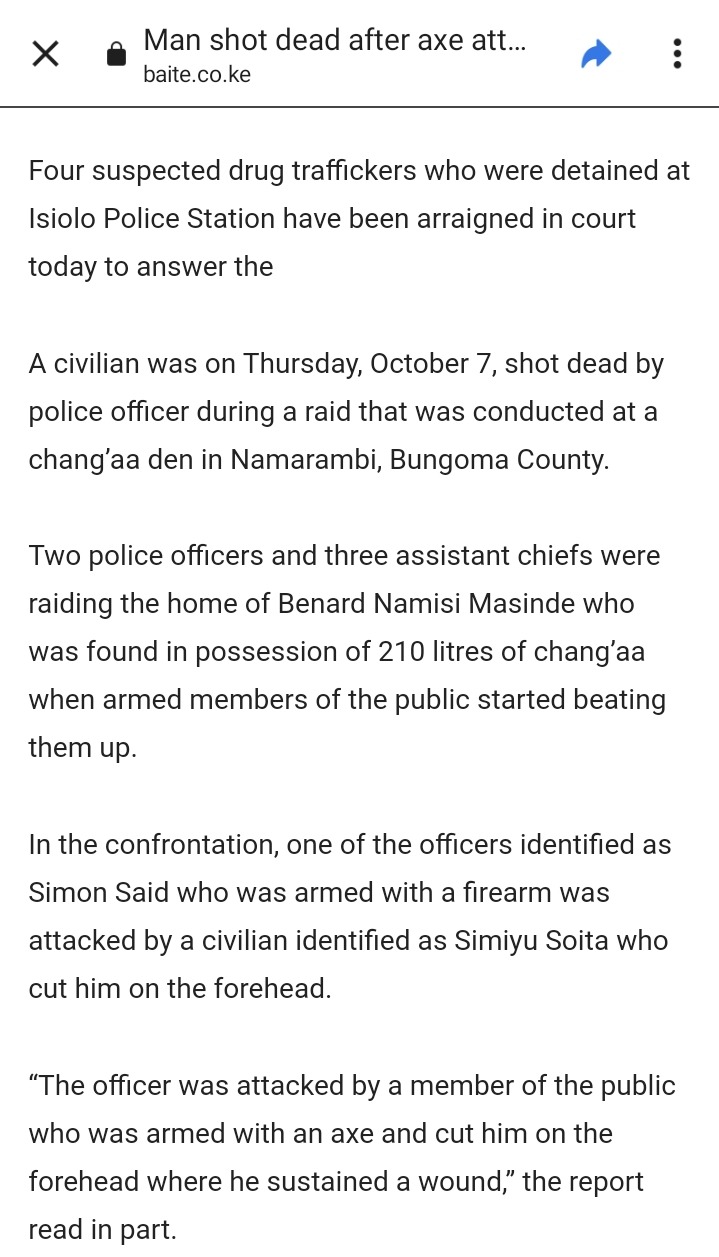 The officer was attacked by a member of the public who was armed with an axe and cut him on the forehead where he sustained a wound." A report on the raid and murder stated.

The case was forwarded to Court where the assistant chiefs will provide their testimonials about the whole incident.