COTU-K Secretary General Francis Atwoli has changed his tune, claiming that he did not say that Deputy President William Ruto will not be on the ballot in the August election. Atwoli has also alleged how President Uhuru Kenyatta failed in blocking Ruto from being on the ballot. 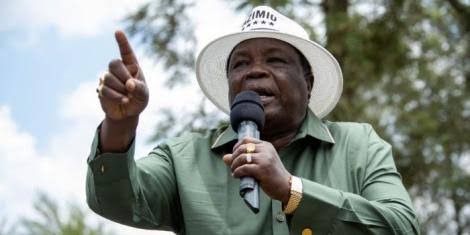 Speaking during an Azimio rally at Kinoru Stadium, Meru County today, Atwoli said that he has heard Ruto and his team saying that he(Atwoli) had said that Ruto will not be at the ballot, explaining that what he meant was not that Ruto will be assassinated. He said that Ruto should not boast about being on the ballot because it does not translate to votes.

"Nimesikia wakisema ati Atwoli alosema hatakuwa kwa debe, kuwa kwa debe ni kushinda kura? ... Sikusema yeye atakuwa was. Yeye ni mwizi (I have heard them say that Atwoli said he(Ruto) will not be on the ballot. Is being on the ballot winning? ... I did not say that he will be killed. He is a thief)," Atwoli said. 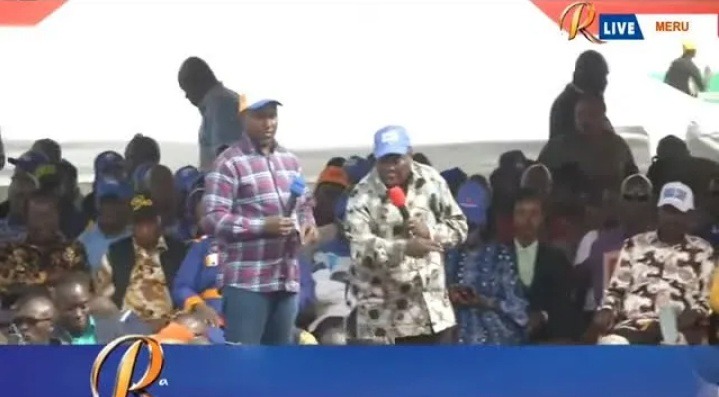 The vocal Union of workers boss said that if President Uhuru Kenyatta could followed up on how Ruto 'allegedly' grabbed a government land, the Deputy President could have been blocked from being on the ballot.

"Kama Uhuru Kenyatta angelifuatilia Ruto kwa kunyanganya samba la serikali na kujenga hoteli, Ruto hangekuwa kwa ballot (If Uhuru Kenyatta could have followed up on Ruto for grabbing public land and building an hotel on it, he would not have been on the ballot)," Atwoli said.

Atwoli also hit out at the Kenya Kwanza principals Musalia Mudavadi and his FORD-Kenya counterpart Moses Wetangula, claiming that Ruto paid Mudavadi while Wetangula was given to the DP as a bonus.

He also claimed that the increase in fuel prices has been caused by DP Ruto as he asked the Meru residents not to vote for the DP.