By EnoBlog (self media writer) | 9 days ago 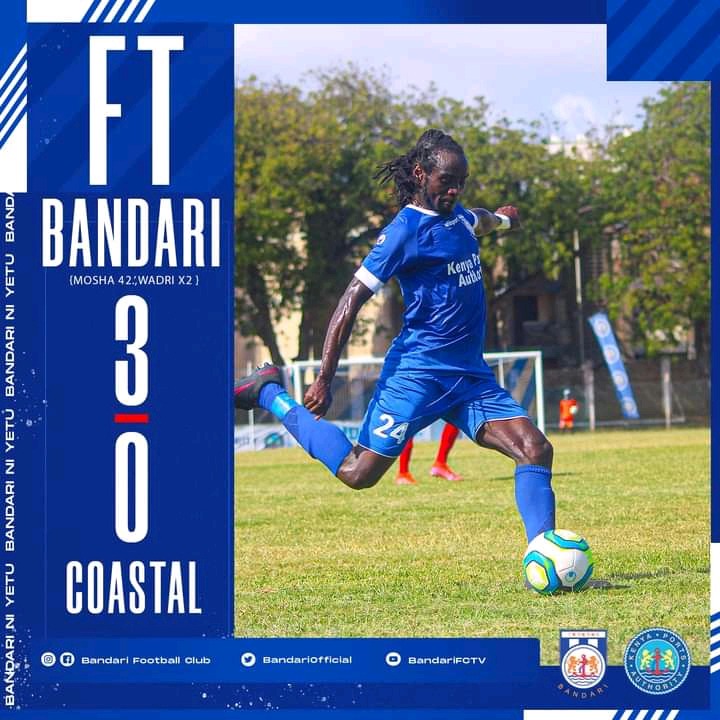 Bandari FC overpowered their neighbours as they launched numerous attacks. Efforts by the Kenyan side bore fruits as Mosha was on target in the 42nd minute after receiving a cross from Ugandan international William Wadri. Visitors Coastal Union went into the break trailing Bandari FC 1-0.

The second half was not friendly for the visitors as hosts doubled their lead thanks to William Wadri's early second half goal - three minutes into the second half. Ugandan star Wadri was the star of the match as he hit a brace in the 80th minute sealing his side's win.

Bandari FC are preparing for their second match of the season set to be played on 16th October against Bidco United.

What Odinga Told The Crowd In Nyamira That Made Them Go Wild.