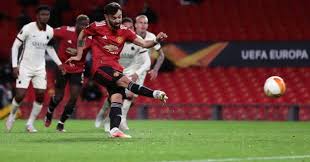 A dismal 16-game winless run means Eibar are rooted to the foot of the table – four points behind second-bottom Huesca and seven points from safety.

Meanwhile, Alaves find themselves sixteenth – two points clear of the relegation zone and seven points ahead of Eibar.

Eibar’s dreadful winless streak began all the way back in January, with their last victory coming in their first game of 2021.

Since then, SD Eibar have recorded 12 losses and four draws, with seven defeats coming in their last eight outings.

It is also worth noting that Eibar are the lowest scorers in La Liga, having only managed to net 23 goals in 33 games this term.

Deportivo Alaves also endured a winless run of their own recently, going eight games without a victory between February and March.

However, they have turned things around in recent weeks and are currently enjoying a four-match unbeaten streak.

Wins over Huesa and Villarreal, along with draws against Bilbao and Valencia, have changed the club’s fortunes.

After making a poor start to the season, it feels as though Deportivo Alaves are peaking at just the right time in order to avoid relegation.

Head-to-head: Alaves beat Eibar 2-1 in the reverse fixture back in December, despite Eibar taking the lead after just four minutes.

In fact, Alaves have won each of their last three meetings between the sides and are unbeaten in their lasty four matches against Eibar.

Team news: Eibar currently have no fresh injury concerns, although Edu Exposito is one yellow card away from picking up a suspension.

On the flip side, Alaves will be without Rodrigo Ely and Facundo Pellistri on Saturday, as the pair recover from injury.

With so much at stake, this is likely to be a tense match with very few clear-cut chances. However, Alaves are expected to edge out Eibar on Saturday.

We predicts that Alaves will keep a clean sheet on their way to victory over Eibar, scoring under 1.5 goals in the process.

Speculations Rise Up When Bahati MP Spotted With These Leaders Inspecting Gov't's Projects.

Five Ways To Reduce The Size Of Your Bigger Cheeks

Maraga Aside: Uhuru May Be Angered After Another Judge Overturning His Choice For IEBC Panel