" It Will Take You 50 Years to Win Back The Presidency if You Elect Ruto," Joho Warns Mount Kenya

By FrankPundit (self meida writer) | 5 days 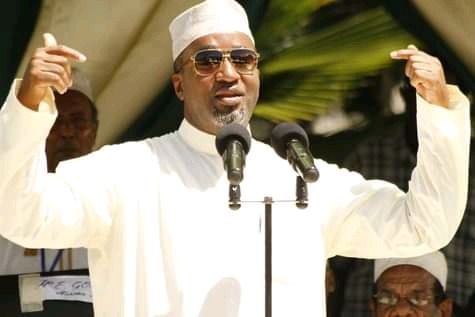 As the scramble for the populous Mount Kenya region gains momentum, Mombasa Governor Hassan Joho has fired a warning shot at the region's leaders, saying that they risk losing the presidency for the next 50 years if they make wrong choices.

In a warning that appeared to warn the region against supporting Deputy President William Ruto for President come the next general election, Joho wondered why the region would rebel against President Uhuru Kenyatta in favour of another person.

According to Joho, should the region blindly follow another person instead of President Kenyatta, they risk ending up in the political cold for half a century.

The Mombasa Governor who spoke in presence of ODM leader Raila Odinga, National Assembly Majority leader Amos Kimunya among a host of other leaders, said that it is high time the Mountain unites behind the Head of State.

The warning by the ODM deputy party leader comes at a time the DP and the President have been flexing muscles in their bid to control the vote-rich Mount Kenya region.

With Ruto's United Democratic Alliance candidate Njuguna Wanjiku recently winning the Kiambaa constituency by-election, there is a general feeling that the DP is about to edge out Uhuru in his own political backyard.

Joho further appealed to the President to reopen the country's after over one year of stringent measures aimed at containing the spread of COVID-19.