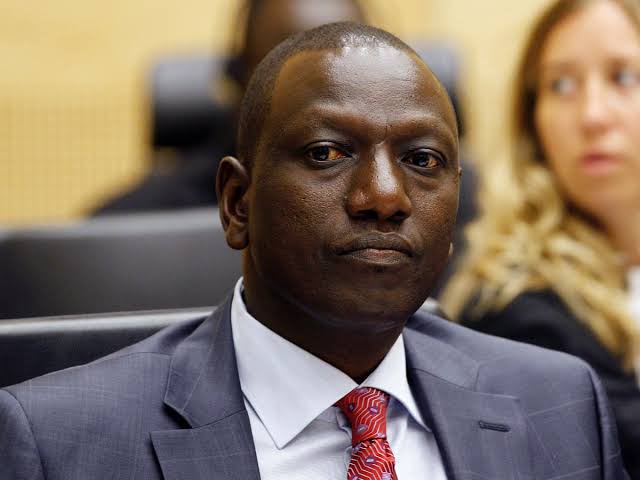 At first when things started falling apart between Deputy President William Ruto and his boss President Uhuru Kenyatta, Ruto came up with the TangaTanga group. The group later formed the hustler nation which gave birth to the UDA party.

For a period of time now, Ruto has been luring the people to support him and the UDA party which has been making rapid steps since it's formation. Just recently, they named 31 officials but as things seem to be, that move may backfire after lawyer Donald Kipkorir coming out to throw the party under the bus.

That is because through his official twitter account, the popular lawyer exposed a crucial information to the people about how DP Ruto's linked UDA party selected the 31 officials. According to Kipkorir, Muslims, Somalis, Turkana, Teso, Mama Mbogas and many other group of people are not represented in the party.

"Whilst on short break from here, am told uda imposed 31 National officials to represent the face of Kenya: In it, there are no Muslims, Somalis, Turkana, Teso, Mama Mboga … And of the 31 Officials, Kikuyu & Kalenjin are 22; 39%. So much for the National Party. And democracy." Tweeted Donald Kipkorir. 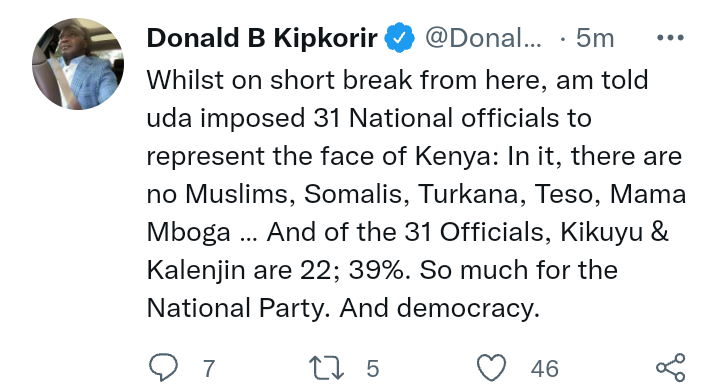