By Protichsingoe (self meida writer) | 15 days 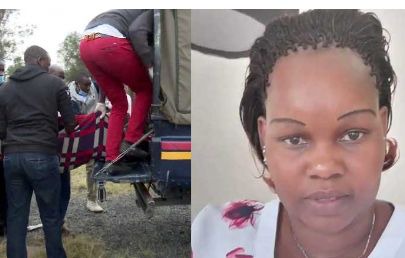 On Friday, July 16, fugitive police officer Caroline Chemutai Kangogo was found dead in a bathroom at her parents’ home in Nyawa, Elgeyo-Marakwet County.

Before her demise, the mother of two is said to have booked two hotel rooms in Kabarnet town, Baringo County on July 14 but did not spend the night in any of them.

According to People Daily, Caroline had spent some time at a backstreet club in Kabarnet on that fateful day.

“She was in the yellow hood and we recognised her well. When she wanted to clear her bill, she borrowed a phone from me but I was hesitant,” said one of the waiters.

The owners of the two hotels in the town’s Central Business District (CBD) confirmed that indeed Kangogo booked the rooms but did not sleep in any of them after realising detectives were closing in on her.

The fugitive cop who was wanted for the murder of a police officer and a businessman is said to have fled Baringo County the same day, only for her lifeless body to be found in a bathroom at her family home two days later.

A senior officer familiar with the investigation confirmed to that indeed Kangogo’s signal had been located in Baringo County for the better part of last week.

Directorate of Criminal Investigation (DCI) detectives have since been dispatched to Elgeyo-Marakwet County to probe the circumstances surrounding Kangogo’s death.

Though police have said that she killed herself at the family home, residents who spoke to the media yesterday cast doubts on the suicide theory.

“She was a role model to many of us as the youth. Her death came as a big surprise.We just want to know the circumstances surrounding her death once and for all,” said Alice Kibet, a resident of Nyawa village where the late Kangogo was born and raised.

Their sentiments were echoed by political leaders led by Bungoma Senator Moses Wetangula and LSK President Nelson Havi, who poked holes into the statement by police that Kangogo who allegedly murdered John Ogweno, a colleague at Kasarani Police line in Nakuru and Peter Ndwiga in Kimbo, Kiambu County, two weeks ago took her own life.

“Corporal Caroline Kangogo is dead from an alleged suicide. This should not bring a closure to investigations as to who killed the two men associated with her. We might never know her side of the story! In the complex world of crime, there could be a third force!!” Wetangula said.

Havi on the other hand faulted the media for poor analysis of the whole matter.

“The media has been conscripted by DCI to run with the cover up story “Caroline Kangogo commits suicide.” Who was the witness? When was the autopsy done? I remember telling special crimes boss on Tuesday, “I am sure you guys will eventually tell us that you found her dead,” Havi said.

However, Corporal Kangogo’s father, Barnaba Kipkoech Korir has since maintained his daughter took her own life, dispelling claims she may have been killed.

“As a family, we are not happy to hear people say that my daughter was killed. Anybody with evidence should come forward and tell us.

The way we found her, the girl killed herself as the bathroom door was locked from inside,” Korir said.

Korir added Kangogo had been dropped home on the fateful night by a boda boda rider who did not recognise her. It also emerged that no one heard her arrive at the family home, including the officers who had been assigned to look for her in the area. 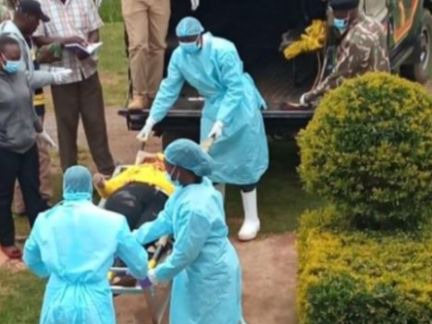 Inside her suicide note, Kangogo urged her parents to bury her at their home rather than at her husband’s home in Kericho as the two had differed on undisclosed matters.

“She knew that her end neared and wrote the message, narrating the intrigues into her case,” a close member of the family said on Friday, July 16.

Kangogo lamented that her OCS back in Nakuru allegedly sexually harassed her. She, however, did not explain whether she filed a complaint with the Internal Affairs Unit (IAU).

The deceased was also angered by one of her allies, Peter Ndigwa, reportedly swindling her Ksh2.7 million in a car deal that soured. Kangogo was accused of killing the security expert in Juja, Kiambu County.

"We suspect that Kangogo may have demanded the money back but was ignored. It is a theory we are pursuing. We have factual leads," a detective had disclosed on Thursday, July 9.

Details of why she murdered her colleague, John Ogweno, at Kasarani Police Station, Nakuru, however, remained scanty. 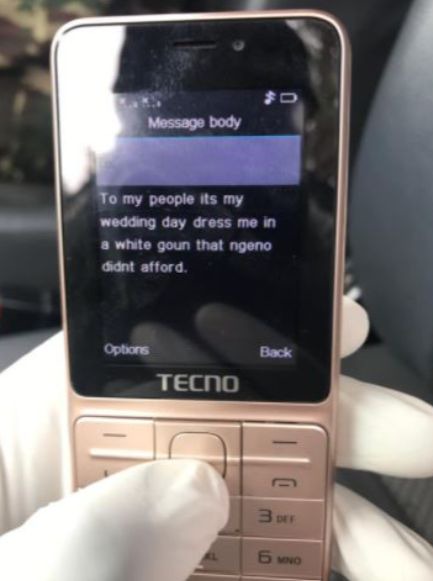 The deceased further reportedly revealed that she wanted to murder his husband, a senior police officer attached to the Maritime Police Unit in Mombasa. The two sired two children, aged 8 and 11.

Reports indicated that Kangogo threatened her husband that he would suffer the same fate as her victims.

Detectives at the crime scene noted that Kangogo reportedly wrote that she would have assassinated the husband had he been in Nairobi. Travelling to Mombasa was hectic and needed more stealth and cover and the marine unit was also heavily guarded and entry would have proven tedious.

She also reportedly had a feud with her father, former police officer Barnaba Kibor. The origin of the wrangle was kept under wraps as the father declined to comment.

Kangogo’s body was taken to a morgue at Iten County Referral Hospital pending a post mortem. Detectives sealed off the murder scene and conducted forensic and ballistic investigations. Her firearm and mobile phone were recovered