The deputy president stated categorically that that he respects and agrees fully with the defense of freedom of speech and thought as guaranteed by the constitution. He however continued and argued that he disagreed with your very wrong understanding of hustlers. He hinted that he agrees and defend the thoughts of his accusers.

Below is Raila Odinga's Press Statement 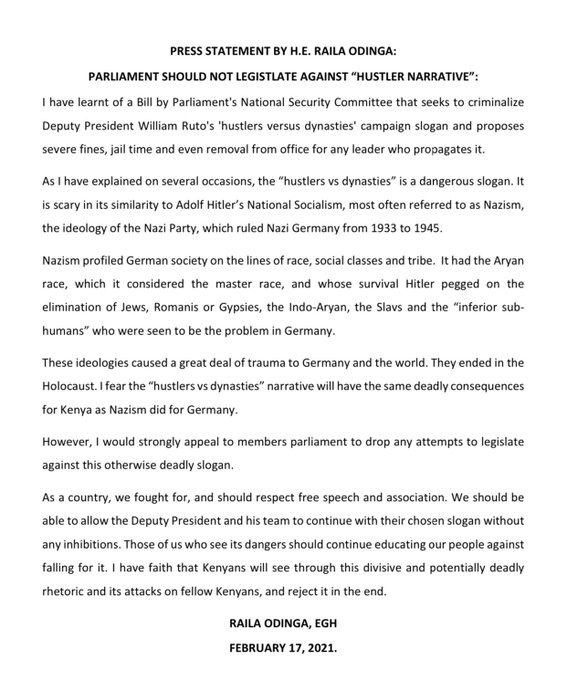 This was I reference with the proposed bill that seeks to declare hustler versus dynasty slogan illegal and punishable offence. Political pundits have argued that trying to pass such regulatory legislation to regulate hustler nation is discriminatory and against the law.

The deputy president however insisted that they will be working tirelessly to get hustlers narrative positively understood. He is determined to take the hustler narrative to the next level as far as politics is concerned. That is good determination from our deputy president.

The deputy president shared a tweet message on his twitter handle where he fondly explained his views and thoughts regarding Raila Odinga’ press statement.

His message read:” While agreeing fully with your defense of freedom of speech and thought as guaranteed by constitution, we respectfully disagree with your very wrong understanding of Hustlers but will equally defend your thoughts. We will work tirelessly to get Hustlers narrative positively understood.” His message read. 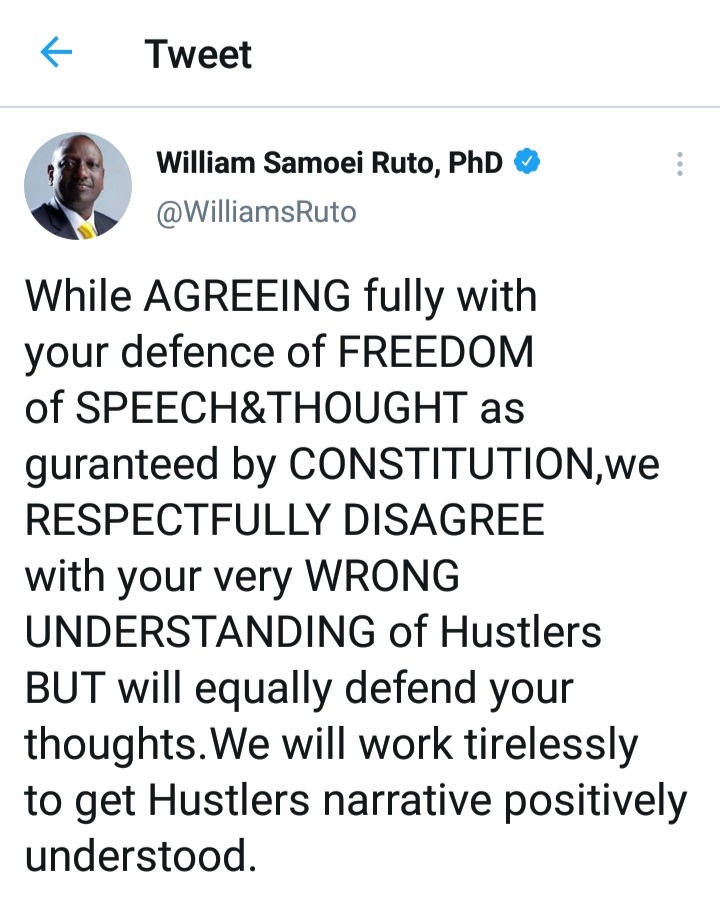 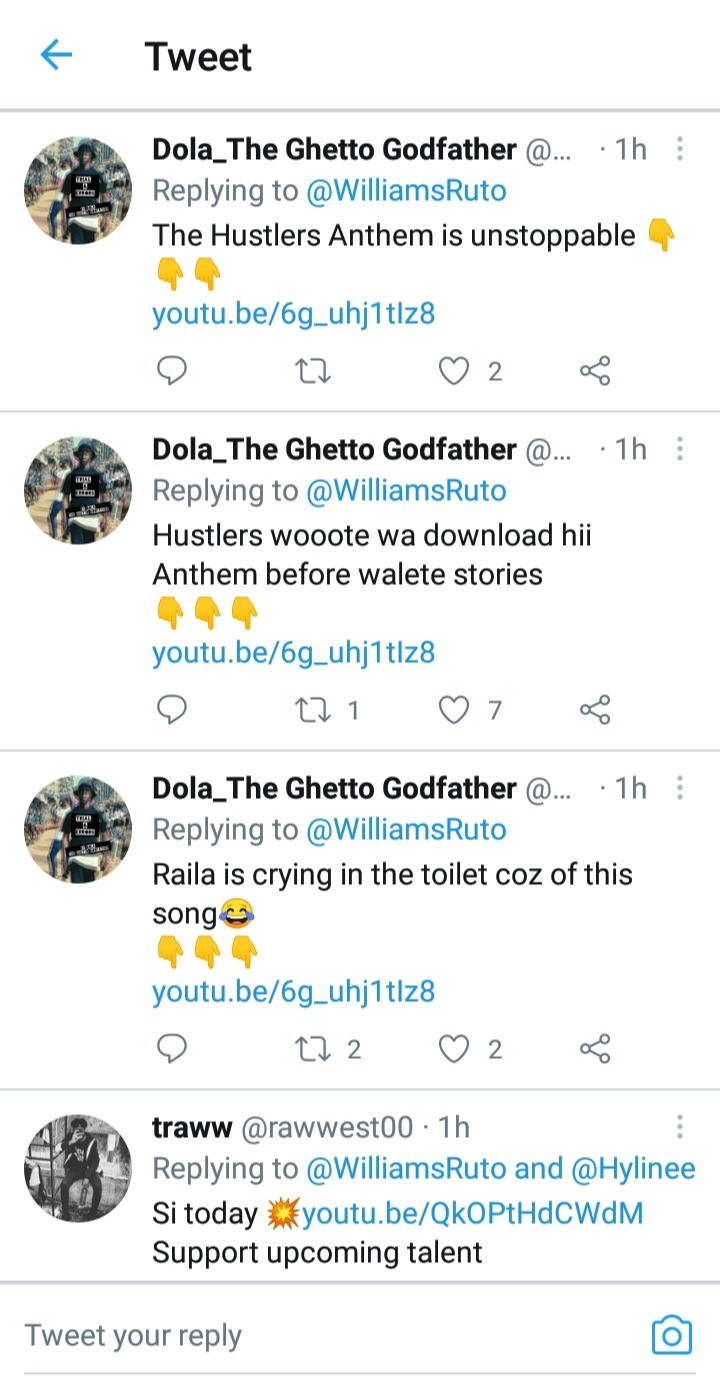 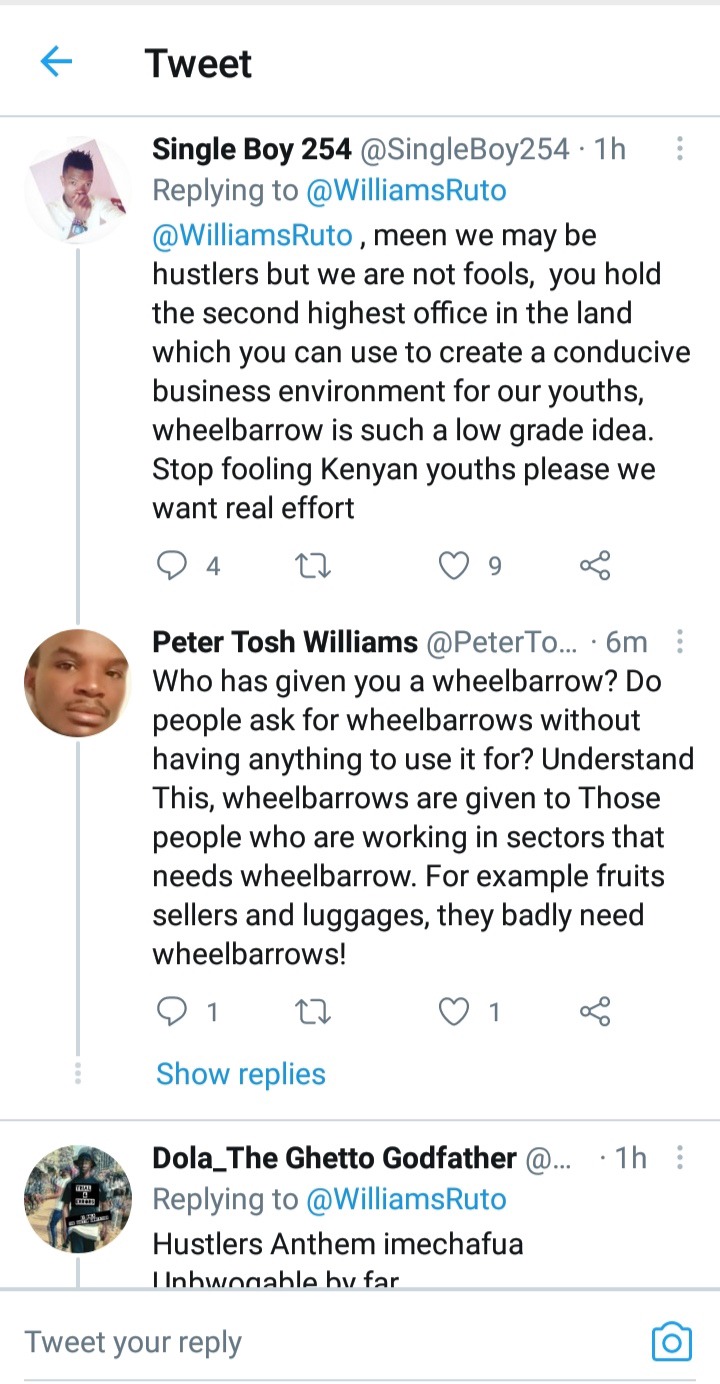 What are your views about this article? Please leave your comments and opinion here below. Follow me for more news and entertainment. Thank you.