"I'm Having Some Doubts With The Presidential Results" Expert Says, Claims What is Raising Questions 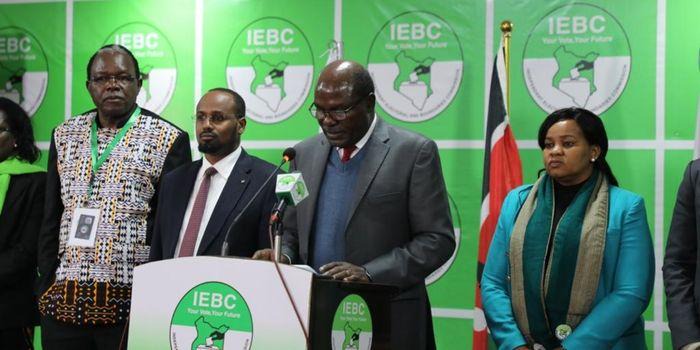 The announcement by the Independent Electoral and Boundaries Commission Chair Wafula Chebukati, that Deputy Presidnet William Ruto is the President Elect has been dealt a major blow after his opponent, Raila Odinga the Azimio La Umoja One Kenya Alliance's flag bearer rejected the presidential results.

Rail and a number of his allies argued that the results were interfered with, saying that they will be moving to the Supreme Court to seek nullification of Ruto's win.

This has attracted mixed reactions across the political space with different political analysts, and constitutional lawyers giving different opinion on the whole election process, and what might happen should Raila proceed to the apex court.

Speaking with K24 TV on Tuesday, political observer Martin Oloo said that he has some doubts with the results posted at the IEBC's portal, saying, saying that their presence should not be a guarantee that the elections were free and fair. 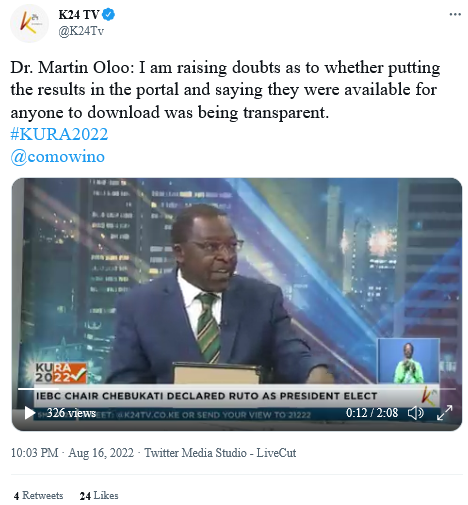 "I am raising doubts to whether putting the results at the poll agency's portal, and saying that there were available for anyone to download were self transparent. This is because what are you downloading? What are your facts? And what are you calculating?"

"Secondly even if you see a discrepancy what can you do as a Kenyan? The only option is to change it at a court of law because even the commission itself is limited to such alterations unless it has a court order. "

About the decision of the 4 IEBC commissioners to distance themselves from the results announced by Chebukati, Oloo claims that there is something hidden, and was being pushed to the throats of the commissioners and that was the reason they objected.

"The message delivered by the court in 2017, said that the IEBC should have done its duties according to the constitution, and that arises in this years elections on the quorum since the commissioners said they did not verify the results."