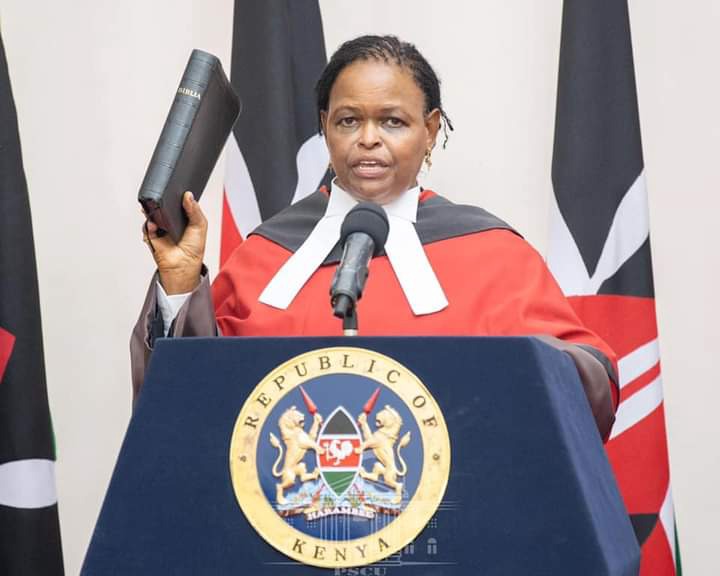 Justice Martha Koome was finally sworn in on Friday as the first female Chief Justice of Kenya. The Orange Democratic Party leader, honorable Raila Odinga went on his official social media page in order to congratulate her. He said that history has finally been made. Many Kenyans rushed onine in order to comment on his post. 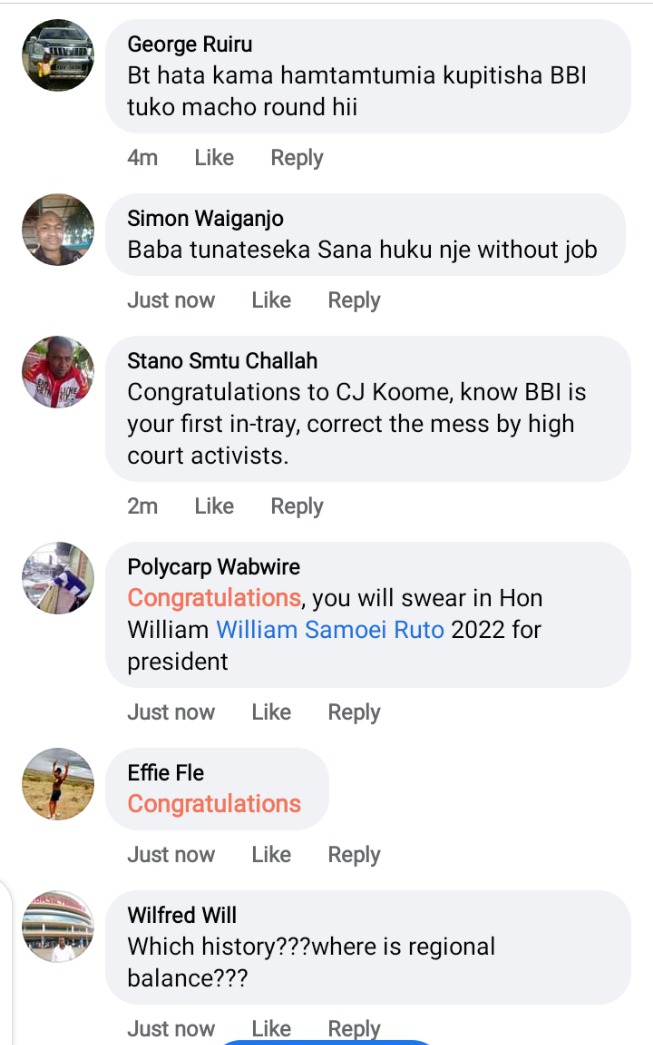 Many people said that the new chief justice will have an uphill task of determining the fate of the Building Bridges Initiative, this is just in case it will reach at the Supreme Court. Some people also said that she is very tough and the BBI may not get a smooth sailing ground under her watch. 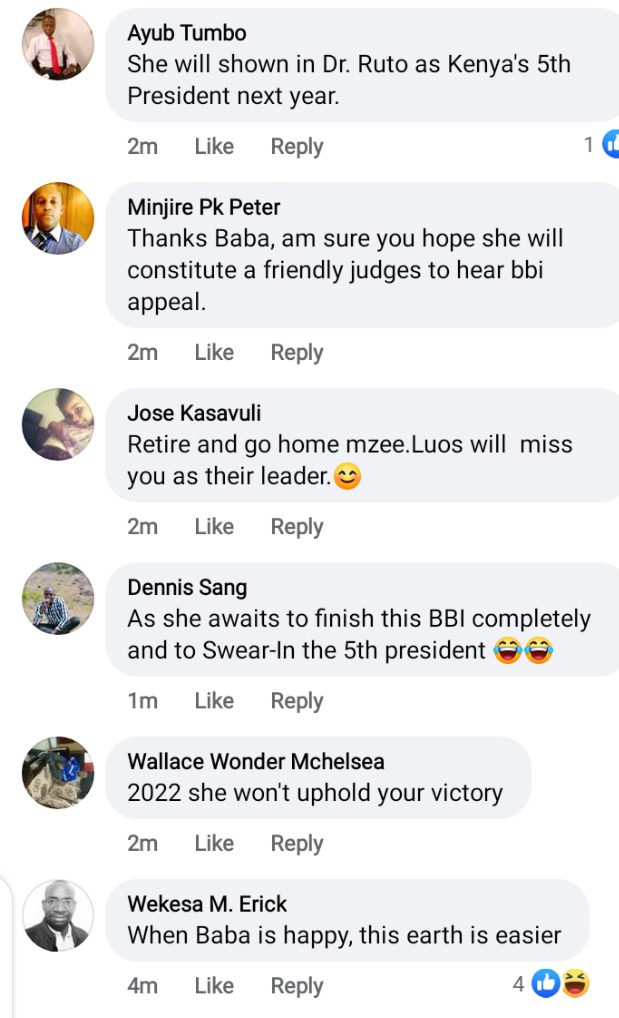 Some people also said that they are now convinced that Kenya has the first ever female Chief Justice. They added that this shows how the country cares about the female gender. They also said that it is a great thing to always empower women and tell them that they can also lead in positions that have always been dominated by men. 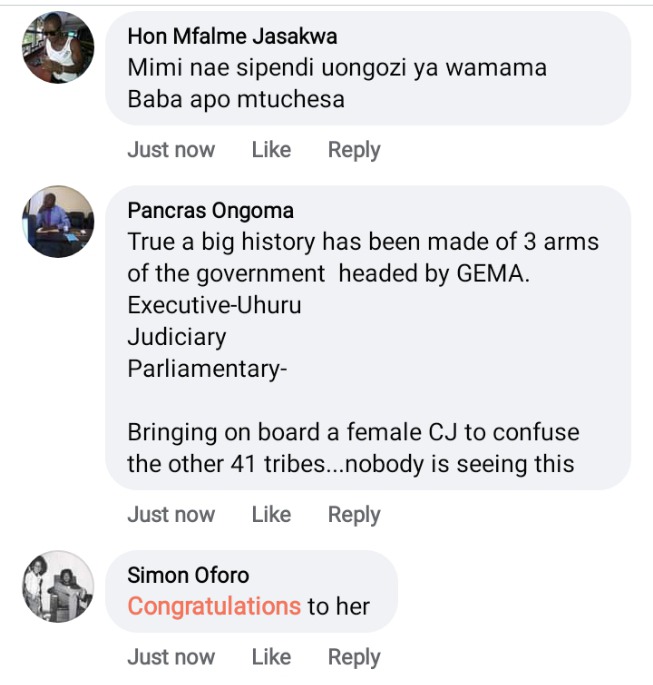 Other people also told Raila Odinga should be very careful when celebrating people, this is because he may not get anybody to congratulate him, since he only has one chance to try his luck in the Presidency. They said that the Supreme Court does not have some regional balance and that may not favor Raila Odinga. 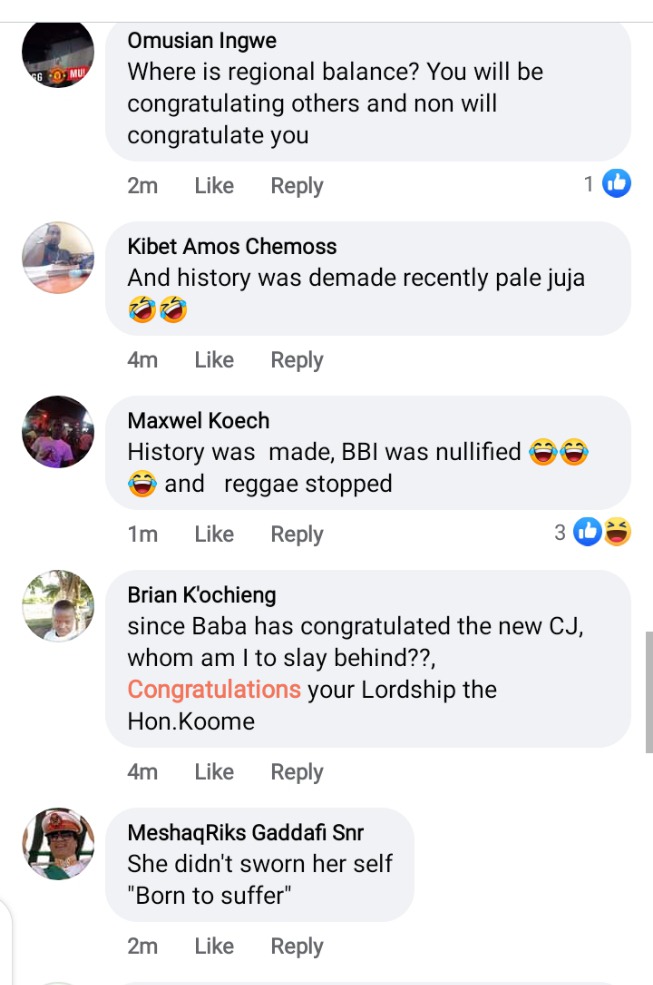 They also said that it is very true that history has been made, but the only thing is that the three arms of the government are now being led by people from one region. 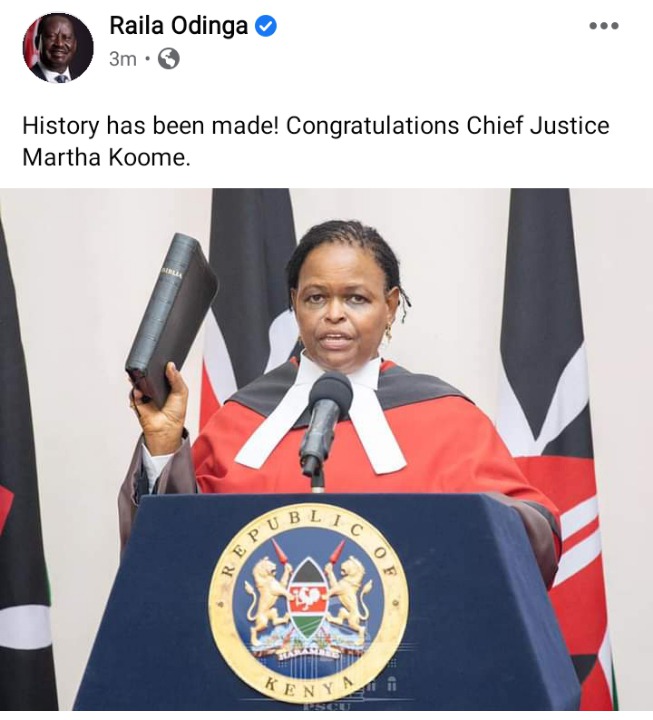