Former Prime Minister Raila Odinga has melted the hearts of the netizens by offering to buy a house for Mukami Kimathi the widow of the late freedom fighter Dedan Kimathi when she paid her a courtesy call at her home in Komarock Estate Nairobi.

Mukami currently resides in a rented apartment in Komarock and Baba has now vowed to help her acquire the house which she had rented with Raila sharing his regret at how authorities have over the years failed to recognize the role played by Mukami in the struggle for independence. 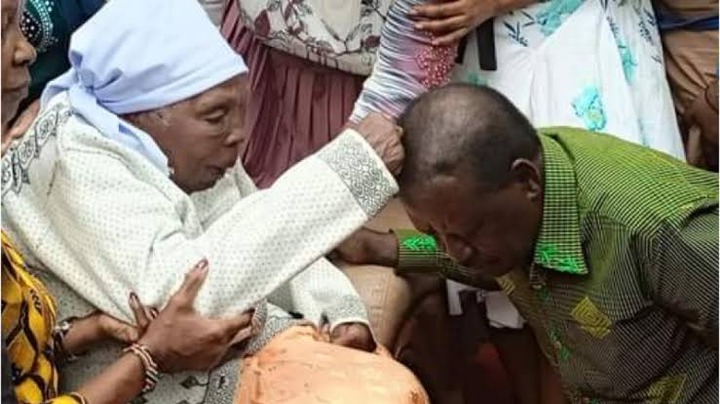 She has made an appeal saying that where she lives is rented and she would like it to be purchased. I will take steps to ensure it is purchased,” said Odinga.

Mukami is one of the people who were vital in the fight for the country's independence and was awarded the Elder of the order of the Burning spear by President Uhuru Kenyatta in 2016 as she was instrumental in providing intelligence about colonial fighters to the Mau Mau uprising.

Raila also promised that should he ascend to power, his government will be keen on resettling descendants of colonial fighters who paid the price for their kin fighting the colonialists.

“It`s The Third And Final Round,” Raila Terms 2022 Polls The Last Year Of Kenya`s Revolution (Video)

How The ODM Leader Is On A High Political Trajectory

6 tips to improve your dress code and look attractive

Angry Youths Set Fire On Road, Prior To UDA Visit In Kirinyaga As They Burn Down Waiguru's Gifts.

Eric Omondi dumps Wanjigi like a hot potato at luo festival at midnight.