Opinion: Nigeria's Reluctance to Protect its Children from Boko Haram is Alarming

By Kalistus (self meida writer) | 1 months 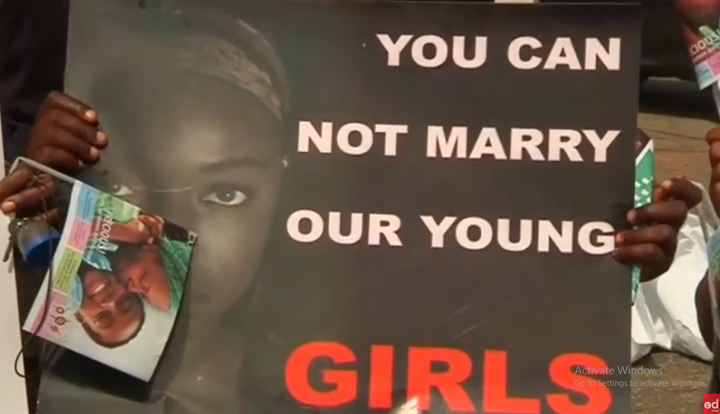 Boko Haram's influence in Nigeria only continues to grow with each passing day. Time and again, we hear disturbing reports of schoolchildren who get abducted by the militants, with the government doing very little to protect the children.

The numbers are even shocking. More than 300 schoolboys were abducted from a boys' school located in Northwest Nigeria just recently. Accordining to this report by CNN, a state govenor claimed that the governmet knew the whereabouts of the abducted school boys.

After the incident, one of the boys who escaped this attack told reporters that the attackers who raided the school on motorbikes said their mission wasn't to rob them. They calimed that they were only there to help them so they shouldn't run.

The over 300 boys who were abducted from the school are still missing. We've heard of kidnappings done by the Militants, especially around Katsina state, for ransom.

Even though it has been on a disturbing increase, the one that happened recently where over 300 boys were abducted is unheard of. It only brings back the painful memories of the sickening abduction of the 276 girls from the Chibok region in 2014.

We still haven't forgotten that over 100 girls among this group that Boko Haram kidnapped are yet to return to their homes. After the disturbing ambush to the boys' school, there was an audio message that surfaced online.

The message, which is believed to have been recorded by a Boko Haram leader in the region, Abubakar Shekau denotes that it is Boko Haram that did the abductions. What is more intriguing despite this audio message and the reports given by the children who survived the ambush is that the government still doesn't appear to be showing real concern.

While speaking about this incident, Bello Masari, the governor of Katsina state, said that they are still not convinced that the criminal group did the abductions. He said that they are yet to get any evidence that Boko Haram took the boys.

Away from that, if the claims going around and the audio in the public domain are true, then what we are facing is a disturbing state of events. It only highlights how the group's influence has continued growing in Nigeria.

It should be noted that different factions of this criminal group have wreaked havoc on innocent civilians for about ten years now. During this time, several innocent civilians have lost lives and millions displaced from their homes in the Boko Haram strongholds in Nigeria's North-Eastern region.

In 2016, Muhammadu Buhari, Nigeria's president, said they had 'technically finished' Boko Haram. One thing that can't be missed from this statement is that it was politically motivated.

Nonetheless, we can't overlook the effort they had put in the previous months. With support from international groups and the coalition of different regional states, the government managed to push this group from a vast region where they initially reigned supreme.

In response to the hammering, Boko Haram promptly pledged alliance to ISIS central in Iraq and Syria. This didn't help the criminal group much as this move only prompted leadership wrangles within them.

This led to Boko Haram's split into two groups, one referring to itself as the Islamic State West Africa Province (ISWAP) and the other one that was still loyal to Shekau. The infighting among Boko Haram and loss of their territory made it easy for the military to free several kidnapped women and girls.

In retaliation, Boko Haram changed their tactics, thereby using even more brutal means of attacks like suicide bombing, which in some cases were carried out by the girls who were kidnapped. What followed was some period of peace, but it didn't last long enough.

They have been silently resurging, and the recent attacks are just a testament to this. Before the abduction of the schoolboys, a group of armed militants believed to belong to Boko Haram killed over 100 people, including men and women, in an attack that was orchestrated near Maiduguri.

Despite several assurances from the Nigerian government that they will deal with the criminals via military and police, the citizens don't have much trust in the police. A good testament to this is the recent protests against their brutality against citizens dubbed #ENDSars.

In as much as the government is giving hopes to do away with Boko Haram, steps should be taken immediately to tame them. Importantly, there may be a need for a change in tactic against the militants and protect the children.

Content created and supplied by: Kalistus (via Opera News )