Kipchumba Murkomen is the incumbent Senator of Elgeyo Marakwet county and has been a close ally to deputy president William Ruto since 2013 when he was first elected into senatorial seat and later appointed as majority leader. 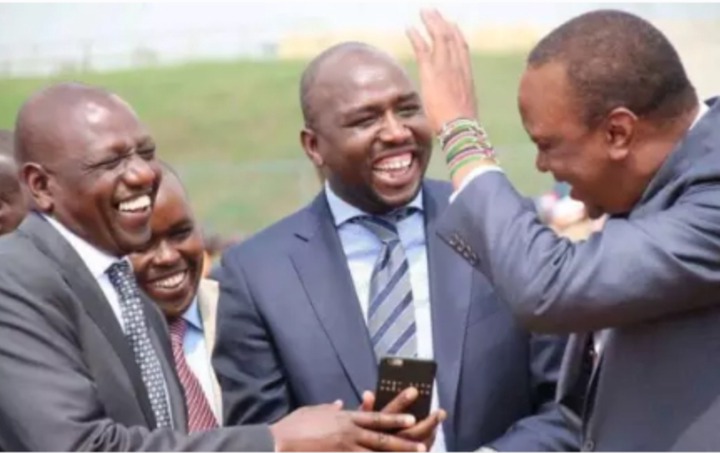 Vocal Elgeyo Marakwet county senator Kipchumba Murkomen has finally taken to his twitter handle to clear the air on report's he had dumped deputy president William Ruto and his UDA party. 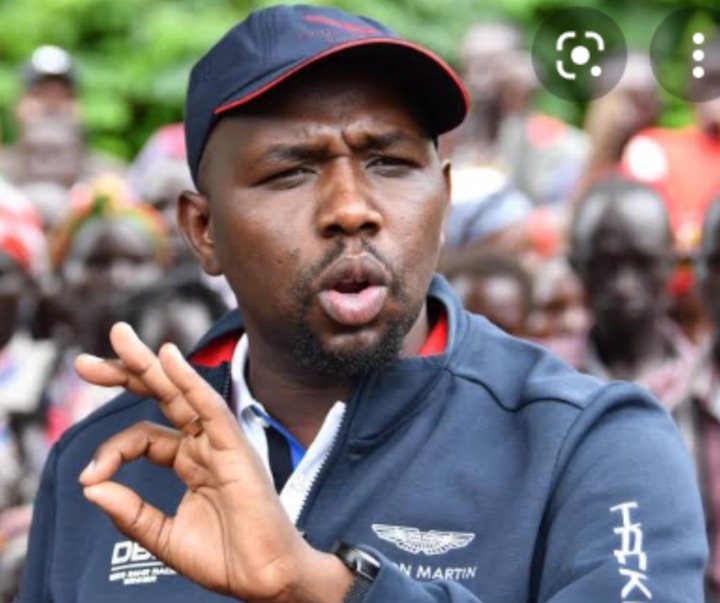 Popular lawyer Donald B Kipkorir leaked that Hon. Murkomen is in the process of ditching UDA. However, the senator has not come out to clear the air about it but his silence in politics especially considering that he has not been in limelight of UDA meetings hosted by DP Ruto. 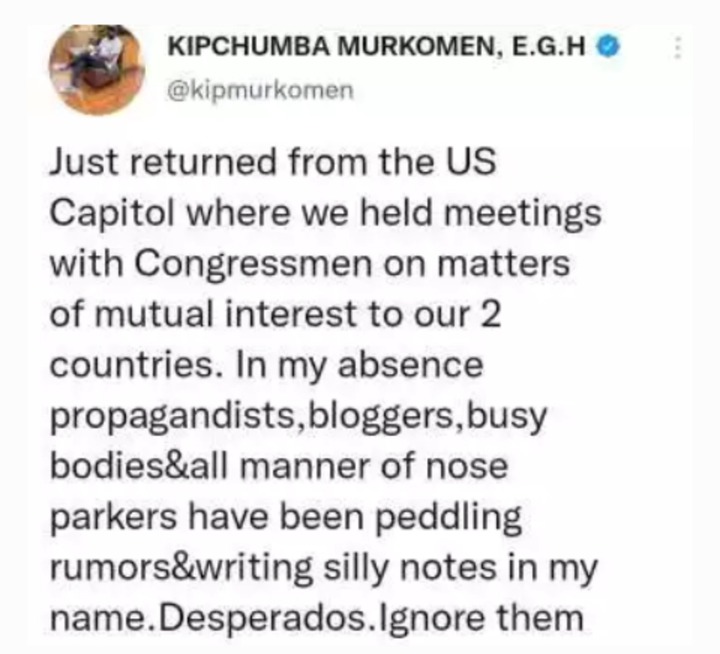 According to Murkomen who jetted back into the country from US capital, he still subscribes to the second in command's ideology. He said that he was busy holding meetings with US Congressmen on matters mutual between Kenya and US and thus could not get time to engage in online activities.

Murkomen who is a known ardent all of DP Ruto had gone silent for weeks prompting Kenyans to question his new political stand. 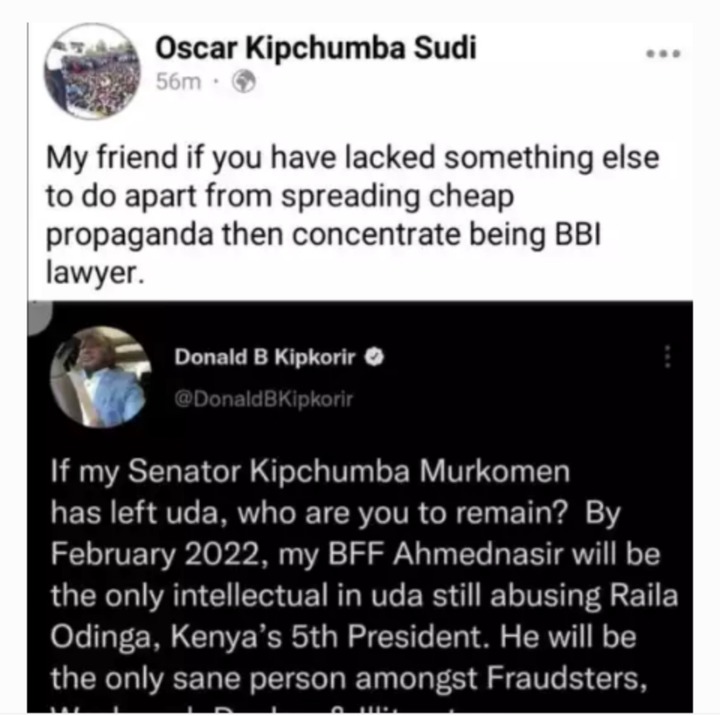