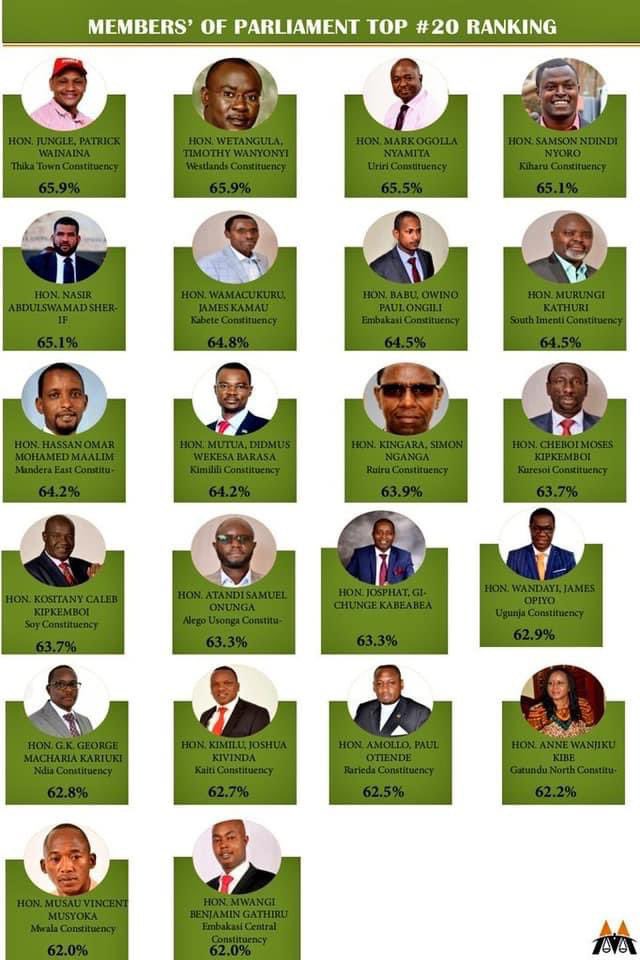 Wanyonyi who is also the brother to the Bungoma senator Moses Masika Wetangula is not very vocals as other legislators but a performer. Wetangula was closely followed by the Uriri member of Parliament Mark Ogolla Nyamita who had attained 65.5%. 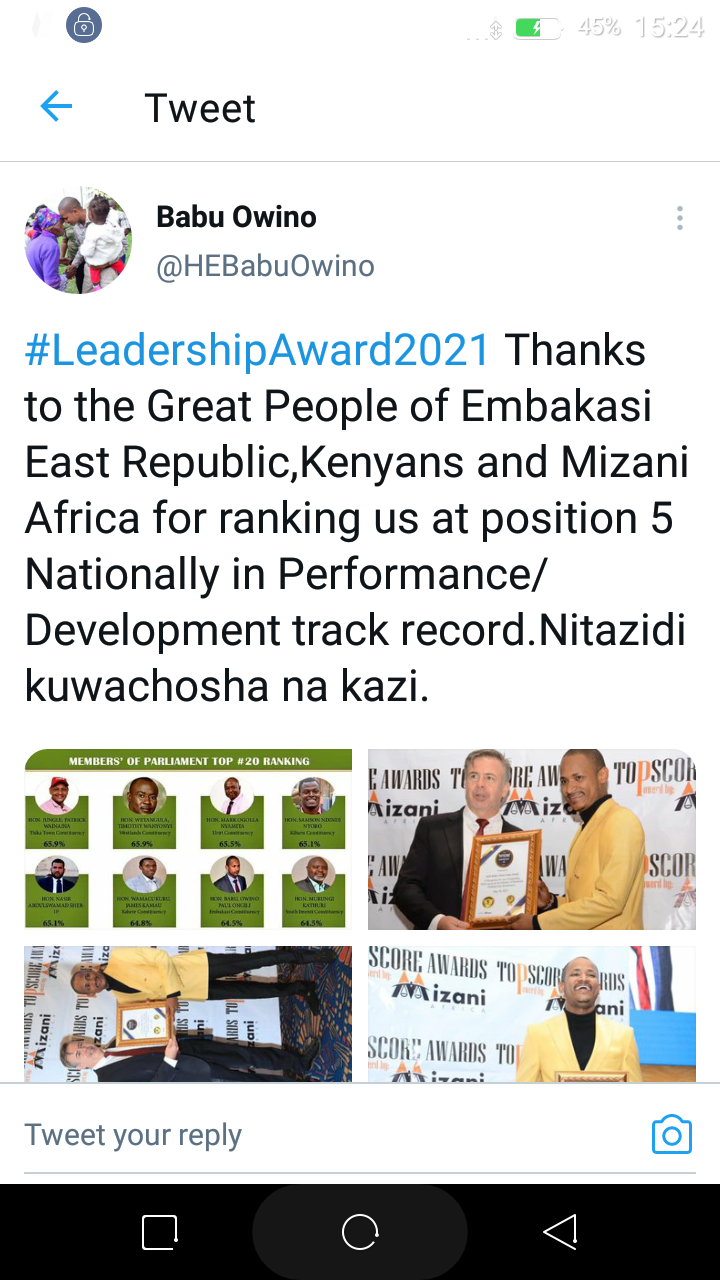 Samson Ndindi Nyoro from Kiharu constituency in Murang'a followed closely with 65.1%. Nyoro is said to be one of the legislators who have tiled most of the schools in the current Parliament. He tied with Nasir Abdulswamad Sherif at 65.1%. They were followed closely by the Kabete member of Parliament Hon. Wamacukuru with 64.8%. Babu Owino of Embakasi East followed with 64.5%. 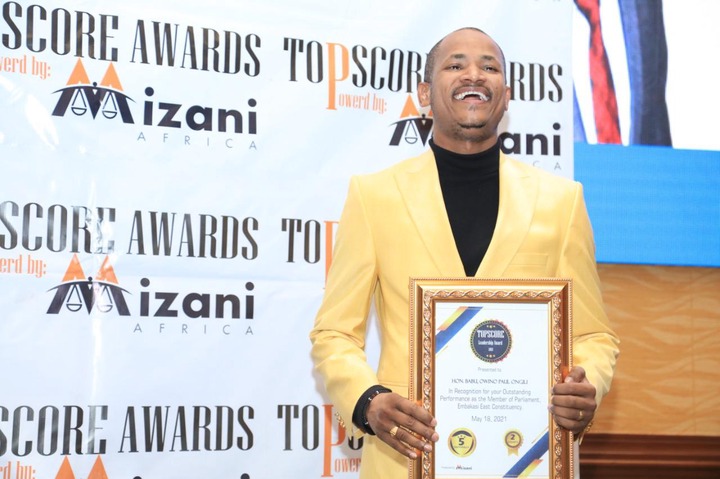 The Eastern side of My. Kenya was also represented where Hon. Murungi Kathuri of Imenti South followed closely with 64.5%. Mandera East MP, Hon. Hassan Omar had 64.2% and the list was closed by the Kimilili member of Parliament Hon. Mutua Didmus Barasa with 64.2%.

Friday's Sure-Bets To Stake On For Assured Huge Profit