By AkalicheTheBloggerInChief. (self media writer) | 27 days ago

All eyes will be on Fortuna Sittard Stadium on Tuesday, September 21, 2021, where Sittard will host Ajax ahead of the sixth round of the Dutch Eredivisie.

Fortuna Sittard proved their worth on the home turf in the opening two league games, winning 4 points, but those are currently the only four points from the same number of games for Sjors Ultee's team, as they returned home empty-handed on the previous two away games. Sittard's next opponent will be Ajax, so they have to look for points somewhere else.

Ajax showed their value in attack, recording an incredible 9-0 victory over newcomer Cambuur, and interestingly, eight different players entered the list of scorers. Coach Erik ten Hag can boast of his attack, as Ajax have scored 27 goals in the previous six competitive matches, including a 5-1 victory over Sporting in the UEFA Champions League.

The hosts have accumulated 17 points in their last five matches while the visitors have collected 14 points in the same period.The goal difference is 23-15 in favour of the hosts. 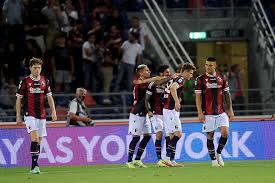