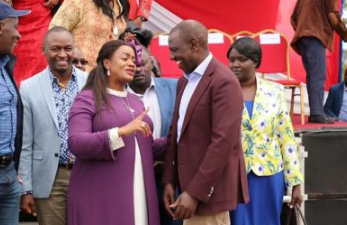 The divisions witnessed in Mount Kenya and Jubilee party has 'been a blessing in disguise' for the Deputy President William Ruto who continues to enjoy mass following from the region.

A number of leaders who have been supporting the handshake are slowly joining Ruto's hustler narrative on claims that they are getting considered and listened to compared to the Jubilee party.

After Jubilee lost in Kiambaa by-elections, Laikipia Woman Representative Cate Waruguru hinted of ditching the party stating that issues that affect the party ave not been attended to despite pleas from its members. 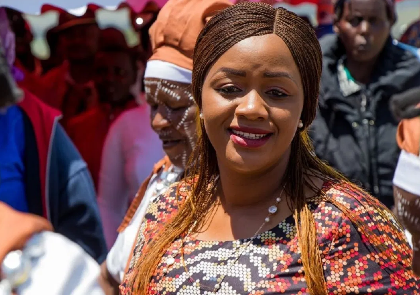 Waruguru added that she had been meeting with the citizens from grassroots and she will do what they want since they are her bosses.

In a video footage that has since gone viral, the vocal legislator who spoke in Native Kikuyu language affirmed that she will be rallying the Deputy President.

"After attending over 40 meetings with wananchi on the ground I have discovered what the people want. As a wise woman, I’m saying William Samoei Ruto is the best bet for the presidency. “Don’t waste your votes on nonstarters let’s support Ruto," she said.

This will be a major blow to Raila after she decamped from Ruto's camp to Raila months ago. 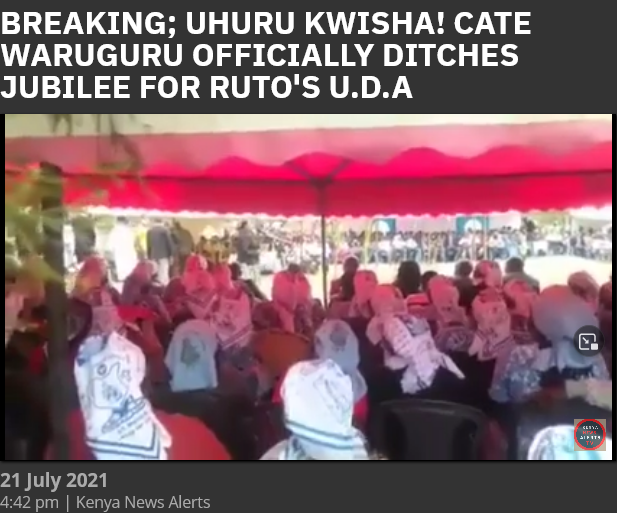 Twist In DP Ruto's Visit To Uganda As Ugandan Government Says This, Jubilee Gives This Demands

Nadia Mukami Makes A Statement About Her Relationship With Arrow Boy.

However Much You Love Your Wife, Never Allow Her To Do These Five Things

Lady Who Claimed To Have Slept With 100Men Reveals This Concerning Her State.