Shootout between Detectives and Gangsters in Kakamega Leaves One Dead, 10 Others Arrested 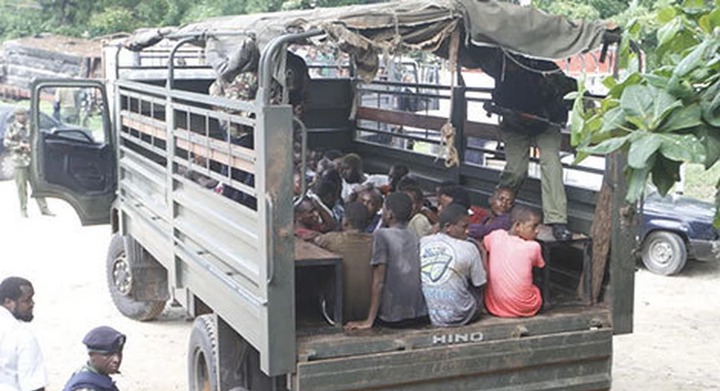 One gang member was gunned down and 10 others arrested by detectives at Makunga shopping center in Kakamega County, after a bunch of criminals attempted to hijack a lorry that had earlier been impounded by the detectives while ferrying counterfeit goods.

According to Pulse, the gang barricaded the road using motorbikes and vehicles, in an attempt to seize the consignment and free the suspects

According to a report by the Directorate of Criminal Investigations (DCI), the lorry, which was loaded with 400 bags of unaccustomed sugar, was being guarded by the detectives with the driver and his turn boys having been arrested. 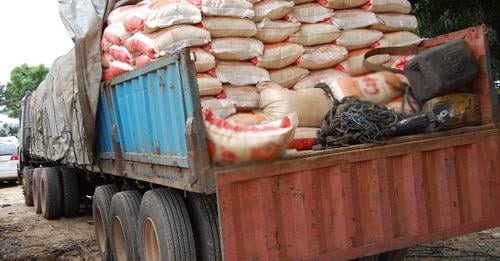 The names of the gangsters have not yet been released, and the owner of the consignment is also still unknown to public.

A source from police also confirmed that there may have been more of these gangsters at the scene, but some managed to flee after detectives overpowered them.

The lorry was being escorted to Kisumu from Chwele police station under tight security by DCI detectives and CIPU officers attached to the Kenyan Revenue Authority when it came under the attack from the suspects.

"Over 20 vehicles and an unknown number of motor cycles whose number plates were concealed were used to barricade the road at Makunga shopping Centre, with the gang attempting to seize the consignment and free the suspects,” reported DCI in part. 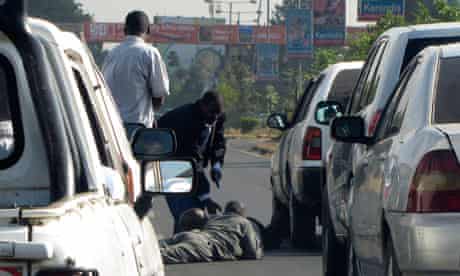 A past crime scene. Photo/ courtesy.

During the scuffle, one of the police officers was attacked and injured by the gang, leaving him with nasty injuries on his chest and limbs.

“Luckily, a contingent of police officers from Kakamega that was headed to Chwele reinforced the officers, restoring sanity and helping in the arrest of the suspects. Three vehicles used by the suspects and a motorcycle were impounded as others fled and are currently at Kakamega police station," DCI reported.

'See The Only Country Without An Official Flag, Find Out What They Use