Tactical: Man United Ball Progression Techniques And The Place They Must Improve To Win The EPL Title

By Onlinelegitnews (self media writer) | 29 days ago

The majority of Manchester United possession and progression against West Ham came down the right-hand side which was quite different to our normal processes. Varane, McTominay and Wan-Bissaka all contributed massively to this. A lot of their progression down the left lacked verticality whilst our right-sided aggression was filled with it especially during passes higher up. This highlights the aggression difference between both sides in that proactivity was seen on the right more. In fact, Man United best period of play came directly after their goal until half time and 80%+ of progression came via the right-hand side in that period.

It should be mentioned, though, that this was helped by Bruno Fernandes who drifted to the right-hand side whilst Paul Pogba occupied the left. One issue Man United fall into at times is drifting to the left quite easily in possession. Varane is helping Manchester United balance this out in so many ways because he was cultivated at RM to pass forward and outward more so than inward to his left. We're benefitting from this a lot.

Lastly, I hope Manchester United can become more aggressive on the ball. In the last 18 months we've seen just how effective it can be against any opposition and we saw it against West Ham on Sunday.

That aggression, especially in carries, creates so much space for them to use and they are a team currently struggling to create space against blocks. Aggression helps Manchester United do that and so I'd like to see Ole and his team emphasise that moving forward. 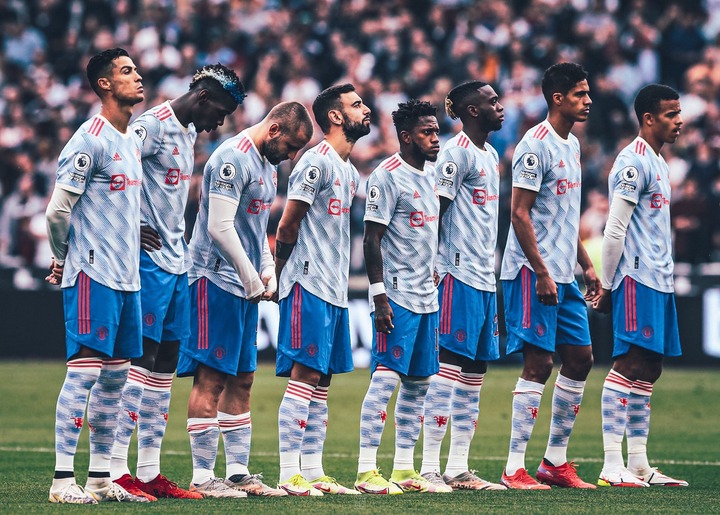 Man United have no problems with the set pieces after Eric Ramsay joined them last year as a Set piece Couch and they haven't conceded any goal this season from the corners and free kicks and they are better compared to last season.