By NewsMwenda (self media writer) | 8 days ago

The recent hammering of the Kenya Football National team by Mali has led to the diminishing of the chances of qualifying for the World Cup next year. The humiliating defeat of 5-0 by Mali in Morocco was the highest loss to Harambee Stars for many years and was the first time a new coach has been thrashed by a very high goal margin in the recent years.

Harambee Stars are now third in Group E with only two points having drawn their first two matches and now having lost to Mali. Their hopes are now set upon the remaining 3 matches which will see Harambee Stars play Mali on 10th October at Nyayo Stadium. The other matches will be between Rwanda and Uganda which they will be praying will go thier way after a disappointing start to round three of the World Cup qualifiers. 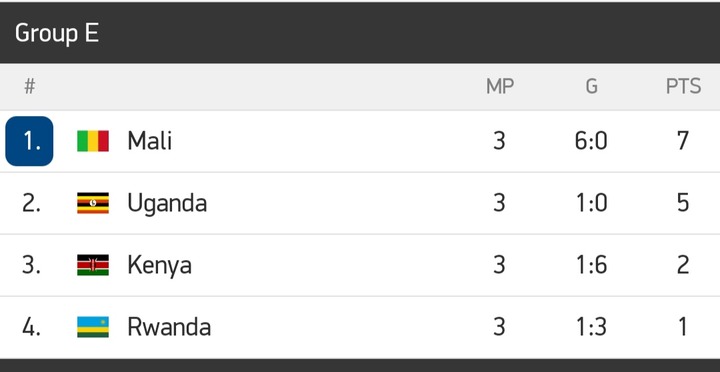 Mali are leading the table standings with 7 points having won two of their last three matches they have played. Mali beat Rwanda away at Rwanda and now beat Kenya at Morocco on Thursday night. This has left them with very high chances of making it to the next round as only the group winners will make it to the next qualifying round. 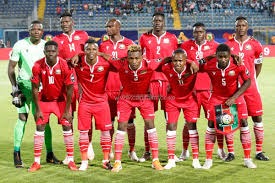 Uganda are second on the table standings with 5 points having drawn their first two matches and winning against Rwanda few days ago. Should they win their remaining matches, they will overthrow Mali in the first place and qualify for the 2022 Qatar World Cup.

The Harambee Stars will be hoping to revenge their humiliation against Mali on Sunday, and will be hoping that Rwanda either win or hold Uganda to a draw for them to move at least second on the group standings. 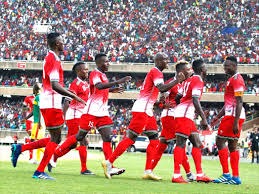 Kenyans however are disappointed with their team as they have failed to give them a reason to be supported by them having not won and of the three matches they have played, and also losing points against weaker teams like Rwanda. The new coach Engin Firat assured Kenyans of good results on Sunday and we are still waiting for the FKF president to comment on the poor results Kenya has been having of late.

3 Easy Ways To Lighten Dark Patches On The Knees