By Qwetutimes (self meida writer) | 6 days 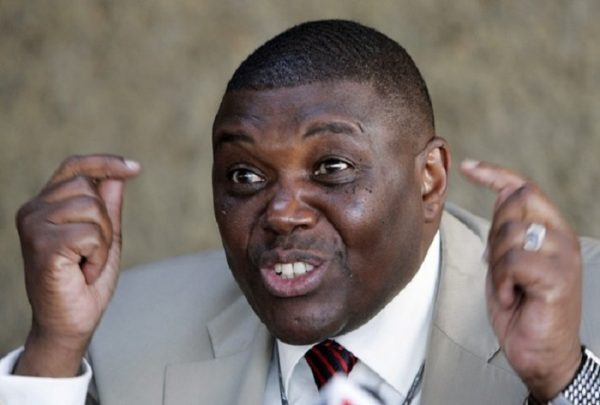 Re-known City Lawyer David Nyekorah Matsanga slams the former Chief Justice Willy Mutunga for attacking the President, after leaving out the 6 Judges in the recent appointments.

Senior Lawyer David Matsanga has slammed the former Chief Justice for his recent letter, which he wrote out accusing President Uhuru Kenyatta for leaving out six Judges in his recent appointments of the news Judges.

Speaking to KBC channel1 television, Matsanga accused Mutunga severely by saying that Kenyans should know that it is him, who destroyed the Kenyan Judiciary while he was serving as the first Chief Justice under the new constitution 2010.

He argued that it is Mutunga who introduced too much judicial activisms even from the Non-governmental Organizations (NGOs), which has brought the bad culture of judicial activism which are always clashing with the Executive.

"It must be known to Kenyans that it was CJ Mutunga who destroyed Kenya Judiciary when he introduced primitive activism of too much NGO activities." Matsanga told KBC newsroom. The Senior Council also added that Mutunga is the one who openly addimited that it is true Judges are receiving bribes, why then should he complain that the six Judges have been left out by failing on integrity matters. 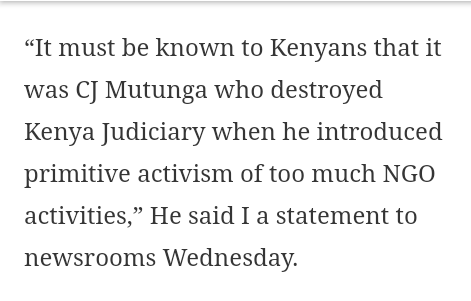