By UpdateMaster (self meida writer) | 22 days

Kampi Samaki residents in Baringo County were perplexed by the python which was spotted in the the late Ewei Nkaroto's reaidence-a famous Baringo snake tracker.The python slowly and steadily slithered to the fresh grave of of the late Ewei Nakorot without getting destructed by the the crowd that watched from carefully from a distance.This seemed to have been very strange.The late had just been buried two days ago. 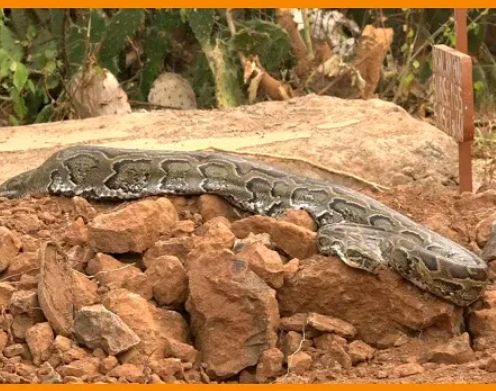 The family of the late was not surprised at all by this incident.They believed that the python had visited them so as to mourn together with them just as predicted by the late Nakorot.

From the grave,the snake slithered slowly into the late's house without any fear of being attacked by the curious residents. 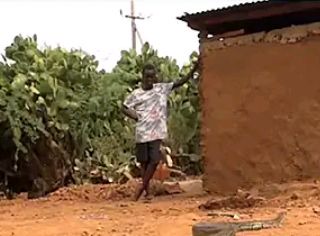 "The snake came and went straight to the grave and finally from the grave it made its way into the house.Therefore,this can't be perceived as a witchcraft whatsoever."Esther Ewoi-Widow

"We can't percieve this as any form of witchcraft but a blessing of it's own kind because the family used to earn their living mainly from snakes."Emmanuel Losuru-Neighbour

The late used to extract venom from the snakes for medicinal purposes before releasing them out in the wild.He even used to showcase pythons to tourists who frequented lake Baringo.

Baringo County is one of the places in Kenya that is infested by numerous venomous snakes.Many residents have one way or another been attacked by these dangerous organisms.Some have even succumbed to snake bites while others have been left permanently disabled.

Some common venomous snakes in Baringo are: cobra,puff-adder and black mamba.

At some point,Baringo County Assembly invaded by a black mamba which brought everything to a standstill in the assembly.

Residents have never been exhausted from pressurizing both the national and Baringo County government to find a long lasting solution for this menace.

Baringo County residents have been urged to keep water in some open container outside the house as it has been discovered that the snakes normally invade house to look for water.

Content created and supplied by: UpdateMaster (via Opera News )