By dailynews (self media writer) | 8 days ago

Azimio La Umoja One Kenya Alliance leaders led by Raila Amollo Odinga today convened a rally with their supporters at the Kamukunji grounds in Nairobi county. 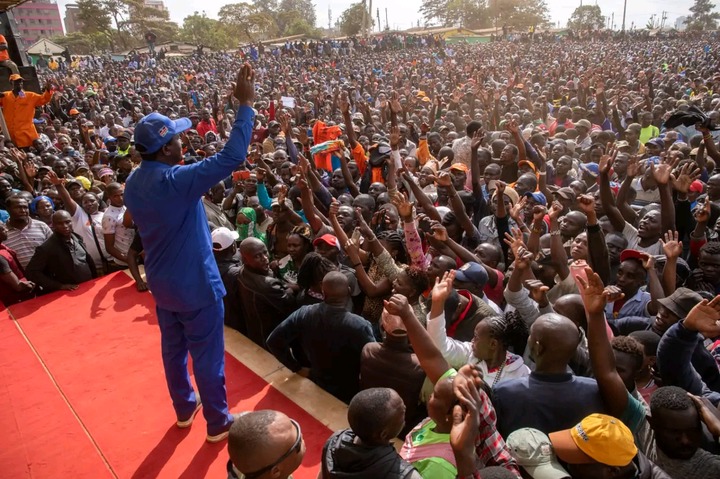 The Azimio leaders alleged that they had received enough evidence showing that they had indeed won last year's general elections and that their victory was robbed in favour of President William Ruto. 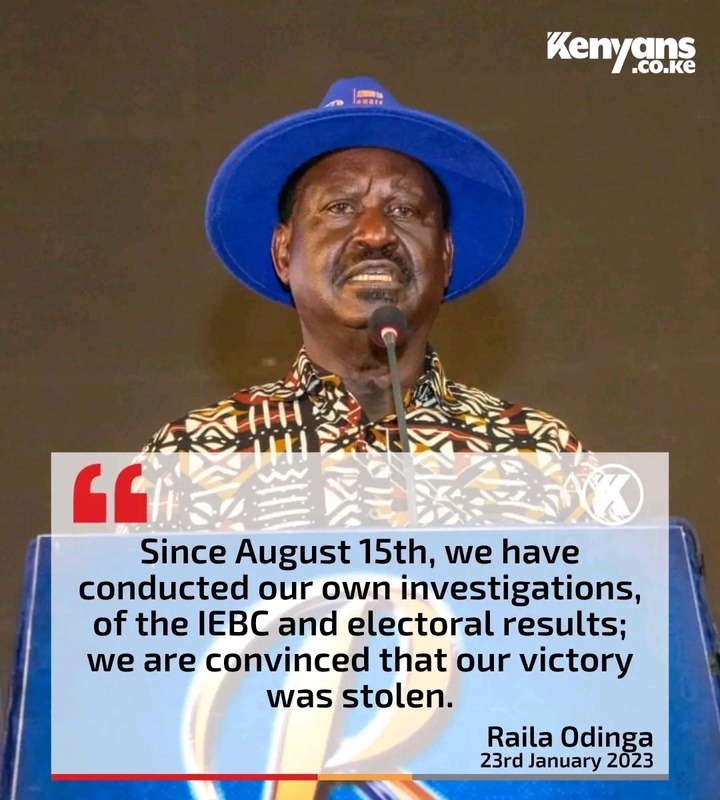 The coalition have now issued a series of demands before the next elections which is set to take place in 2027.First,Odinga and his team have demanded that changest be made in the Independent Electoral and Boundaries Commission to guarantee fair elections in future.

Raila Odinga has also claimed that they do not recognise President William Ruto as the head of state and neither do they recognise government officials in his administration. 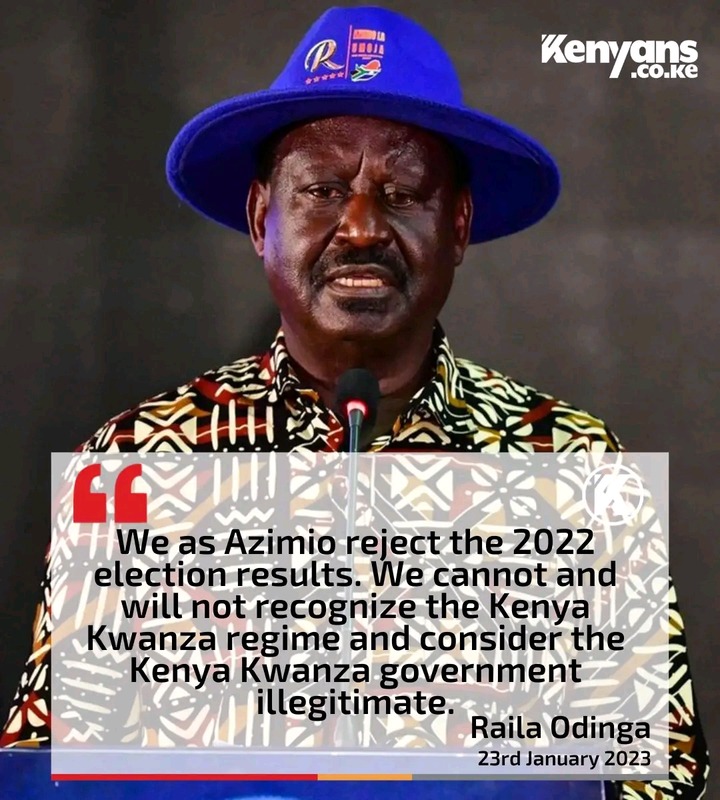 Among the leaders present at Kamukunji grounds include Martha Karua,Kalonzo Musyoka and Roots party leader professor George Wajackoyah.The leaders have claimed that they will host another meeting on 29th of this month as Kamukunji grounds.

Content created and supplied by: dailynews (via Opera News )