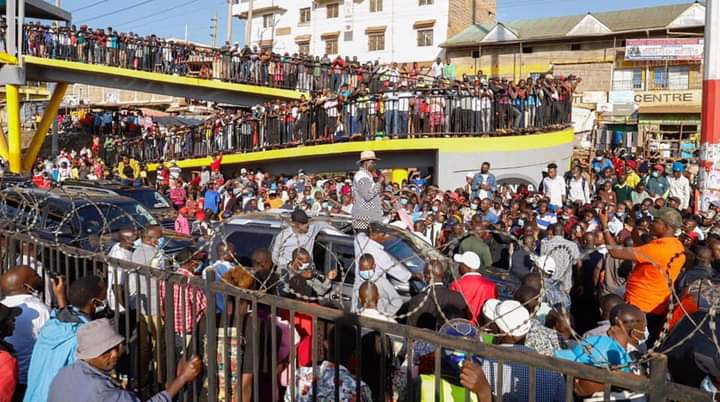 While Tangatanga leaders and their supporters still obsess about the crowds the Deputy President pulls, it should be noted that the Orange Democratic Movement leader Raila Odinga has been pulling crowds from way back.

His crowds grew bigger in 2005, after he successfully led the No campaign in that year's referendum. Subsequently he headed into the General Election with skyrocketing ratings. Despite this he did not win against former President Mwai Kibaki.

Since then, Honourable Raila Odinga has always pulled crowds, and both in 2013 and 2017 his following increased tremendously, as shown by a steady rise in the number of votes he got in the two elections as compared to previous ones.

What should worry Dp Ruto and his supporters the most, is Raila Odinga's increasing support in Central Kenya, a region that has traditionally been hostile towards him in his last 4 quests for Presidency. Should he flip the vote rich Mt Kenya region to his side, then he is definitely headed to Statehouse.