By FootballArena (self media writer) | 11 days ago

France has become the second winner, of the UEFA National League after Portugal lifted the trophy two years back. 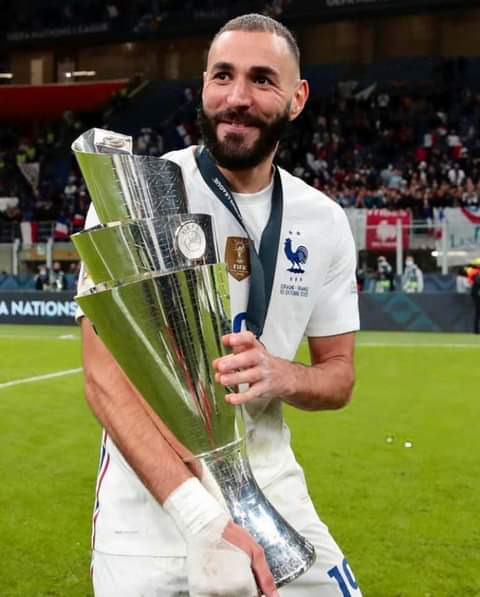 Les Bleues came from a goal, down to defeat Spain from controversial game played, at the San Siro in Italy.

The second half of the game becomes more open than the first half, as Luis Enrique Men took the lead after the goal from Oryazabal.

Two minutes later, Real Madrid super star and French International, Karim Benzema produced a world class goal from his right foot, as he curled the ball in the top corner of the net to make it 1:1.

Kylian Mbappe managed to score the winning goal after initially adjudge to be offside position, as he put the ball past Unai Simon to make it 2:1. 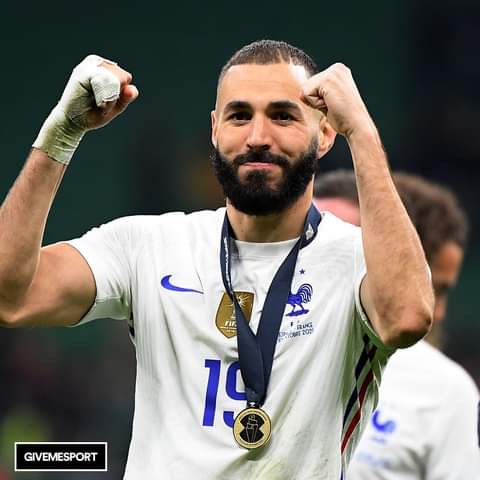 Benzema became the first Real Madrid and French player, to have 78 trophies this make Benzema to be in a position of winning 2021 Ballon d'Or award.

Speaking about the prestigious award, he told AS: "Since I was a kid, it was always a dream of mine to win the Ballon d'Or, It's the dream for most players. 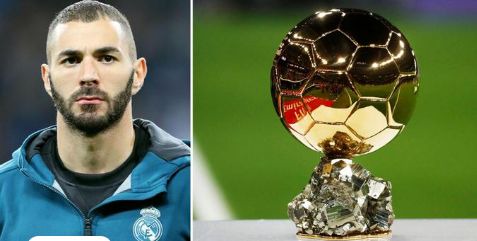 "It's true that football is a team game but when you help the side to win, when you're instrumental in triumphs, when you score winning goals, it's natural for any player to aspire to win Ballon d'Or.

If he keeps his current form up though, it would be hard to see anyone other than Benzema win the next one.

What do you think about this? Share your opinions and comments on the same.

Content created and supplied by: FootballArena (via Opera News )