By MasterWriter_1 (self meida writer) | 25 days

Little was known about the special love late Tanzania's President John Joseph Pombe Magufuli had towards Kenya as the country, its government, and the people. Since his demise, the two bordering countries have been mourning together for the shared loss of the great Pan-Africanist who championed the development of the East African Community and Africa at large.

For almost one week since the official communication was made by the then Vice president Suluhu Hassan, the Kenyan President Mr. Uhuru Kenyatta made a presidential declaration that Kenyans would mourn the fallen hero for seven days. He also instructed all the national flags in public institutions to be raised half. To show friendship and brotherhood, millions of Kenyans together with their leaders on social media platforms expressed their sincere condolences.

Have you ever wondered why the two countries exist in a mutually friendly way? During his funeral celebration, its the only Kenyan President who is also the EAC summit chair who was in attendance. The other presidents were represented by either ambassadors or their deputies. 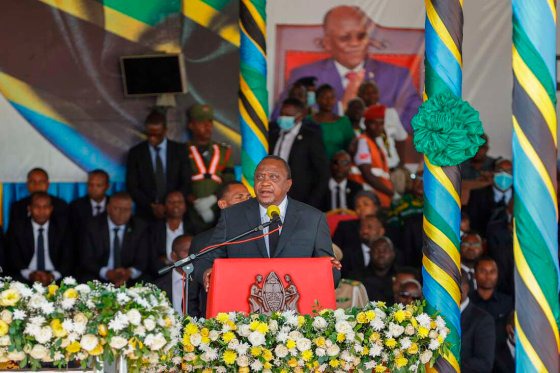 In July 2019 when President Uhuru Kenyatta visited Magufuli's private residence in Chato, the late president was moved by his visitor's spirit when he prayed for his mother who was sick. He also visited places where Magufuli's brother and father were buried. 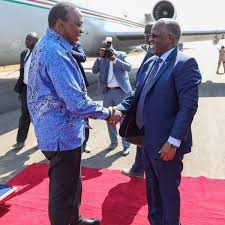 Later in August, the peacocks were exported to Kenya through Tanzania's High Commissioner Dr. Pindi Chana. 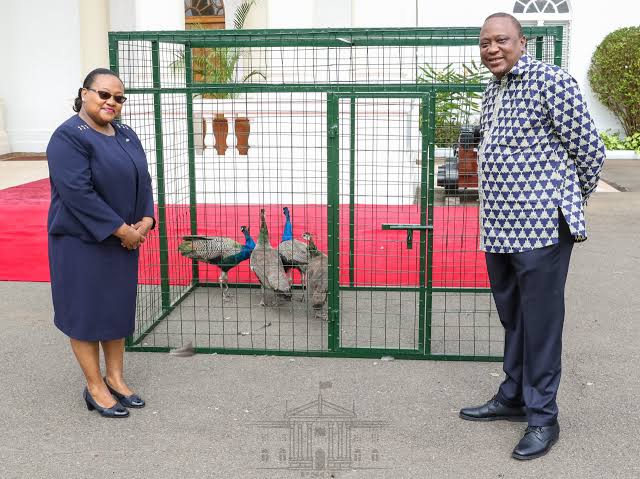 Peacocks are considered to represent many phenomena and they are one of the most expensive and rare birds in the world. They are believed to symbolize love, eternal life, power among others.

Apart from this, the late Dr. Magufuli worked in Kenya in the Nyanza region for quite a period before pursued his political career when he joined CCM Party. As Tanzania is mourning, Kenyans are deeply sorrowful for the death of Magufuli. May his heart rest in eternal peace.

Content created and supplied by: MasterWriter_1 (via Opera News )