Uhuru Kenyatta Clearing The Path For Musalia Mudavadi Presidency In 2022

By OurWorldPolitics | self meida writer
Published 29 days ago - 6423 views 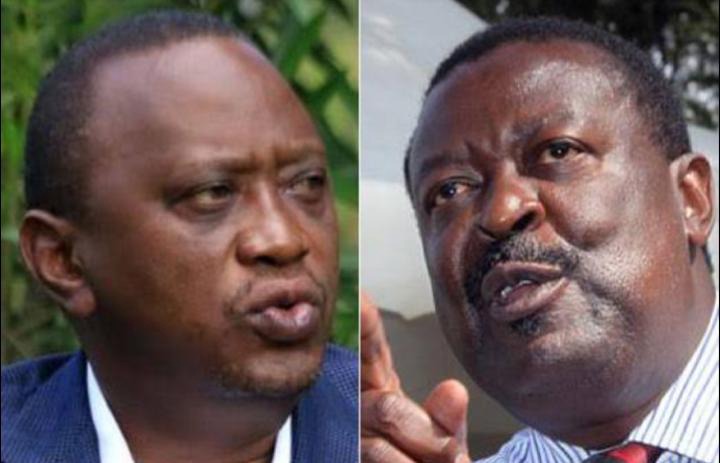 Assuming today the Kikuyu and the Luhya nation decided to vote for Musalia Mudavadi, do you think there is anything that can stop them from making Musalia Mudavadi the president? In this article today I want us to look at why I strongly believe that president Uhuru Kenyatta might be strategically clearing the path for Musalia Mudavadi presidency in 2022. But if you are reading this article on this page for the first time, I want you to take a minute and click the follow button so that anytime I post an article, you will be notified. Back to the issue: what is presidents Uhuru's Kenyatta's game plan for 2022?

The third camp believes that both Raila Odinga and president Uhuru Kenyatta should support someone else and that's Musalia Mudavadi. Then there's is the last camp which believes Fred Matiang'i should be supported by the president. So those are the camps. But this camp pushing for Musalia Mudavadi if you have been keen, reached out to Musalia Mudavadi sometimes back and they told him that they want to make him the president of Kenya but there are things that he's not doing and therefore he must do first. The first thing is that he must declare his interest for presidency. Six months ago, he was declared the presidential candidate by ANC.

In politics nothing happens out of mere coincidence. In September last year, Ayub Savula who is a close friend of Musalia Mudavadi revealed that the president is going to support Musalia Mudavadi. So by that time people did not take whatever Savula was saying seriously. Then early this year, Savula was again recorded revealing president Uhuru's secret plan for Musalia Mudavadi.

Recently, there was this funeral in Vihiga during the burial of Musalia Mudavadi's mother. President Uhuru Muigai Kenyatta himself stated something which is very serious politically speaking in this country and is likely to change the equation. The president responding to William Ruto's dynasty verses hustler narrative challenged them that if your logic was about 2 families who have ruled the country, then it was safer to say that it is time for other tribes to rule the country.